JULES the “hot dog man” made his debut selling his tube steaks outside Mojo’s every weekend, and many fans would remember his boast back then about one day being “bigger than McDonald’s”.

Well, with his brother Mathias, he’s moved one step closer to that dream and has opened Wassup Dog, a bricks and mortar gourmet hot dog bistro on Freo’s Market Street. Having just come back from a trip to Europe, I was keen to check out if Jules still had the flair he’d shown with his New York-style hot dog cart.

Asking the French brothers for their recommendation on the menu, both replied without hesitation “the Frenchman” ($15).

For good measure I ordered a delicious-looking brownie, then realising it was BYO had to scurry down the street to pick up a ginger beer before popping back.

The bistro has a great vibe, with hand-crafted wooden benches to sit on, and on the day I was there sunshine lit it up so I could really enjoy the decor, which has hundreds of books, some merchandise, skateboards and plants.

At the end of the long bistro is a giant gold-framed sketch of Snoop Dogg, which gave me a smile.

After five minutes my Frenchman arrived with chips and home-made garlic aioli and it was absolutely stunning.

The organic sausage was butterflied and filled the whole bun, while alongside were spinach leaves, Australian camembert, cheddar and goats cheese with apricot jam on top to balance the savoury flavours.

It was bigger and better than any hot dog that’s come before, the unique flavours melting together; yet every bite was different and amazing (especially with added honey).

The chips are freshly cut in-store, and balanced the meal well. They looked over-cooked but were soft and crunchy.

The garlic mayo is thicker than your average and has a much fuller taste, while the chips are nice and oily.

Chives were sprinkled over the whole meal and there was chilli sauce and chicken salt on the table to experience a taste of heaven.

The French are onto something because this wiener was way beyond a simple “hot dog”. Strangely enough, Jackie Wilson’s Higher and Higher was crackling out of the speakers as this thought crossed my mind.

After that came a beautifully wearmed chocolate brownie which was quite large ($4) and served simply on a nice plate.

It had a fluffy texture and wasn’t too sweet although it would have been nice to have some cream or icing sugar added to the plate for a combination of flavours.

Mathias had earlier been working the customers, and came and sat down to tell me his story. He’d just sold his burger business in Marseille, France to come and help his brother Jules in the new Fremantle bistro.

He said many of their recipes come from their dad Phillipe (or Fifi) and that since small children they had been helping in his restaurant.

I really enjoyed the French take on the Australian sausage sanga. The new Wassup Dog stands out on Market Street; they have a nice range of desserts in a glass cabinet, a bunch of unique gourmet hot dogs and can even offer a vegan sausage made of sweet potato and chickpea. I was told they also do a killer breakfast. 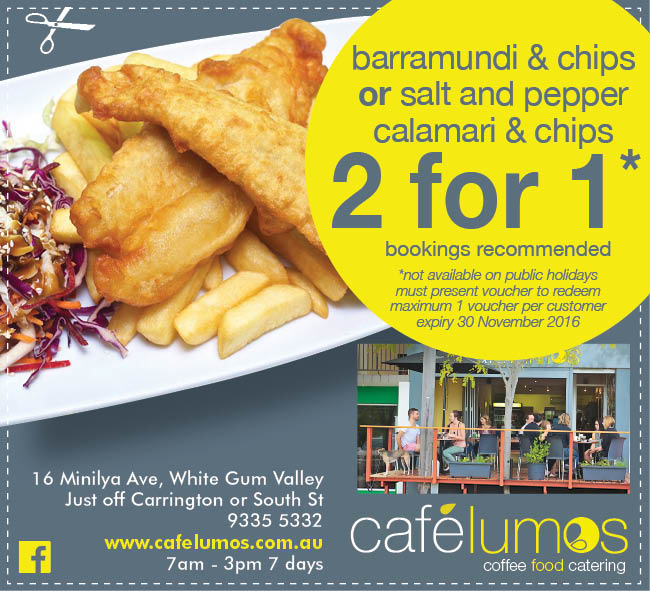 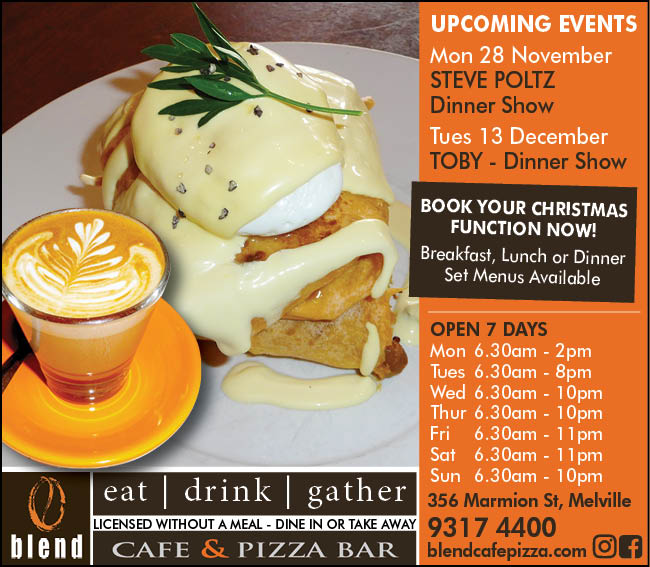 One response to “Unleashing the dog”