FORGET about the Accidental Tourist, I’m a fan of the accidental diner, so “discovering” 2 Green Fingers in the depths of Willagee was an Oscar-winning moment.

Situated opposite Webber Reserve, the cafe is funkier than many hipster joints in Fremantle, and is the latest addition to what used to be an old daggy shopping enclave. 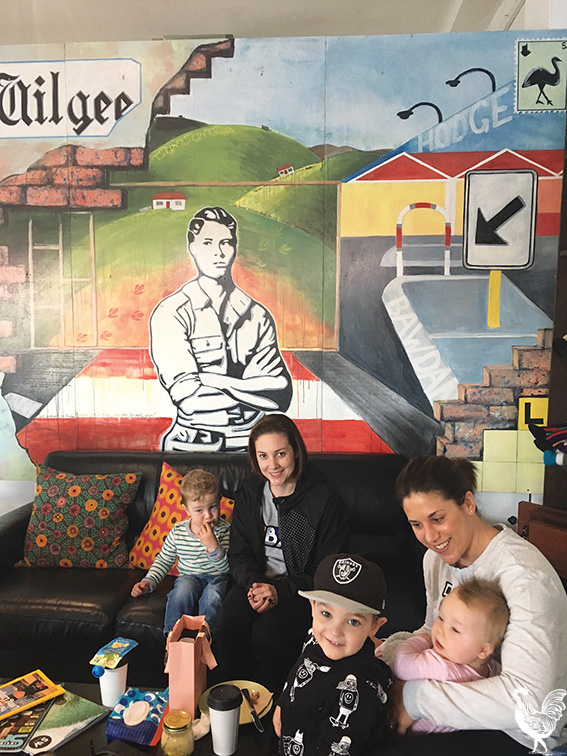 The tables are packing crates, cleverly suspended on chains, while overhead more crates are overflowing with pot plants (possibly a nod to the owner’s green fingers).

Adding to the funkiness is a communist-style mural on the cafe wall, a colourful tribute to Willagee’s working-class roots.

Green Fingers is a family and dog-friendly cafe with warm and hospitable staff, but don’t be fooled by the casual vibe, the service is prompt and efficient. 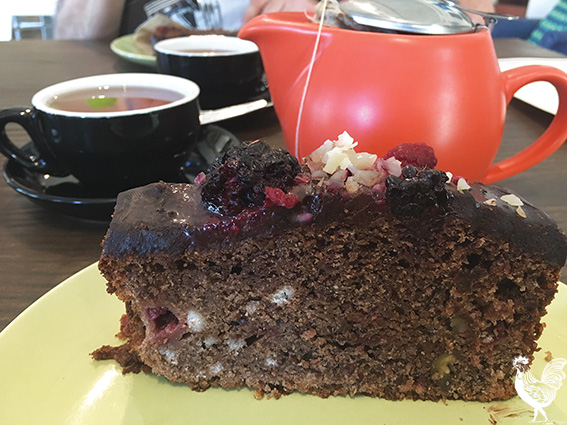 Owner Miranda Radulovich and her dad had searched high and low for suitable premises before stumbling upon the Bawdan Street site.

“In this business renting is risky, with the landlord jacking the rent up,” she says.

She’s right as successful cafes in “sleeper” areas can push up rents after people flock there for a feed.

Funky decor is one thing, but it’s really about the food and 2 Green Fingers has that covered in spades.

D’Angerous Dave had wanted the tuna patty, but they’d sold out so he went for a Mexican one instead ($15.50 with salad).

“It’s not as chilli as I expected, but is really, really nice and flavoursome,” he said.

Going all John Keats he paused mid-mouthful and stroked his chin.

“It’s like laying in the sun on a warm afternoon.”

I ordered the zucchini, corn and cabbage patty ($15.50).Neither vegetable overpowered the other and the non-dairy cheese was a pleasant contrast.

The kale, cabbage, roast carrot, spinach, pea and feta salad was fresh and delicious, with a pleasant oily dressing.

There’s plenty of vegan, dairy-free and vegetarian dishes available, but there’s something to please everyone, Ms Radulovich says.

“And bacon and egg burgers for the guys.”

Supplies are sourced as locally as possible, including loaves from Bread in Common in Freo.

Green Fingers has already become a local hub, with mums groups spreading the word, and there are yoga sessions in the evening.