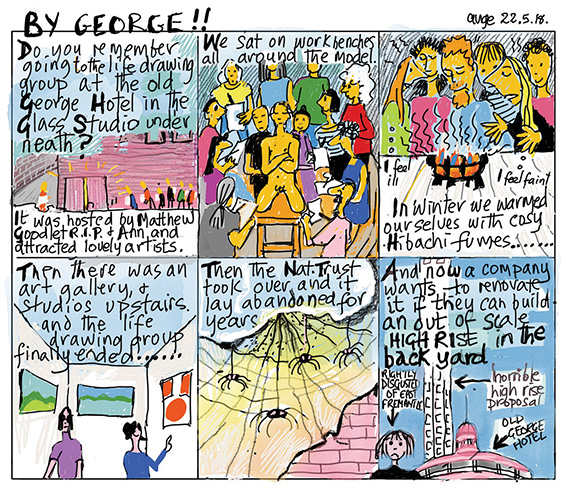 Slaves versus the sheep
AGRICULTURAL minister David Littleproud has announced there will be no ban of live sheep exports during the sweltering hot summer in the Middle East.
Instead they will introduce a 30 per cent reduced stocking rate during the hottest months to reduce the mortality rate.
While it’s easy to calculate the cost/loss benefits of smaller cargos with a greater percentage of sheep arriving in the Middle East alive, this in no way takes into account the suffering of the cargo.
This same argument was raging in the 17th century with two schools of thought in the human slave trade of Africans.
With no regard to basic human rights ships were tight-pack or loose-pack, many slaves suffered seasickness and diarrhoea, and unable to move the decks became a stinking mass of human waste.
Slaves preferring death to living, tried starvation or jumping overboard.
They were chained and force fed.
Captains favouring the loose-pack claimed premium prices for cargo while tight packer’s claimed a greater profit from a larger but lower-quality shipment.
Let’s hope we can see an end to the cruelty of the live sheep export and resign it to history.
M Whitworth, Caribbean Drive
Safety Bay

New crime strategy
THERE should be a wedding of the year, every weekend.
The streets around South Lake, during the telecast of Prince Harry and Meghan’s wedding were so quiet you could have heard a pin drop.
Frank Cherry
Elderberry Drive, South Lake

By-election farce
THE up coming by-elections in Perth and Fremantle are nothing short of a farce.
In both electorates the Liberals are not putting up a candidate so we don’t need an election to know who is going to be elected. Okay, there will be a few minor parties that will put up candidates and they will get a handful of votes but the ALP will get both seats.
Unfortunately neither of the ALP candidates will be going to parliament to represent their electorates.
They will be on the back benches to do and say exactly as instructed by the affiliated union-controlled National Executive of the ALP.
Patrick Gorman, the unions pick for the Perth electorate is hardly known by the people of the area.
The main reason for his selection is his allegiance to a couple of unions that will guarantee he toes the party line, regardless of what the Perth electorate voters want.
Solution—vote for a minor party. One that promises to represent the electorate as opposed to acting as a puppet to the executive of one of the two major parties.
This would send a big message to the two big parties.
James Simons
Adelaide Terrace, Perth