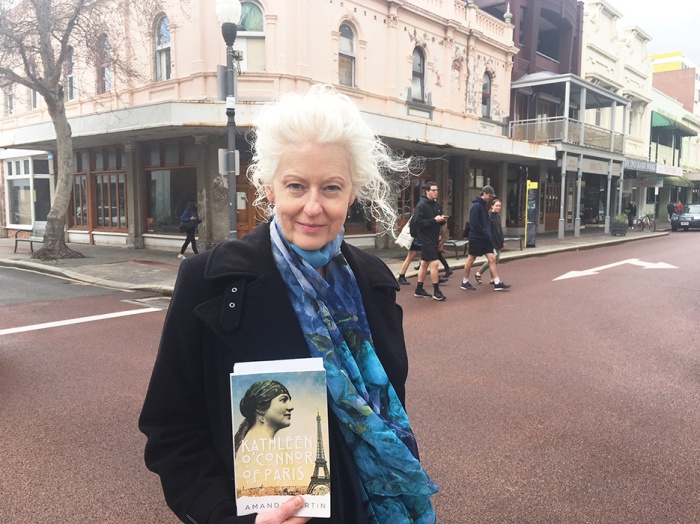 FOUR years after the tragic death of pioneering engineer CY O’Connor, his daughter Kathleen immigrated to bohemian Paris in 1906.

The artist spent most of her life there, occasionally returning home, but her Parisian manners and dress sense didn’t go down well in conservative Perth.

The painter’s life and art are featured in the exhibition Being There: Kathleen O’Connor in Paris, commemorating the 50th anniversary of her death in 1968.

The award-winning Bassendean author travelled to O’Connor’s birthplace in New Zealand, and her haunts in Paris and London to get a feel for her fascinating life.

Curtin fleshes out the bare bones to create a riveting story, but it never veers into fiction, despite the temptation.

“I might weave a story around a surprising piece of correspondence…suggesting that Kate, in the year before the Spanish Civil War began, considered moving to Barcelona,” she writes.

“All plausible. A blank slate for a novelist. Which I, currently, am not.”

A trip home in 1948 was the basis on an urban legend that O’Connor threw 150 of her artworks into the Indian Ocean to avoid paying a hefty customs tax bill.

O’Connor’s life was full of incident and she was a passenger on a train that was bombed as she fled Paris in World War II.

When she turned 80, ill health began to take its toll and she returned home for good in 1955.

The painter produced an incredible body of work that received good reviews overseas, but she failed to impress Aussie art critics in her lifetime.

“Kathleen O’Connor is a truly significant figure in WA art and I would argue that she is one of the most able painters of her generation,” she says.

“Once ignored by eastern states galleries, she is definitely not overlooked in a survey of Australian art now.”

Being There: Kathleen O’Connor in Paris is at FAC until November 4.