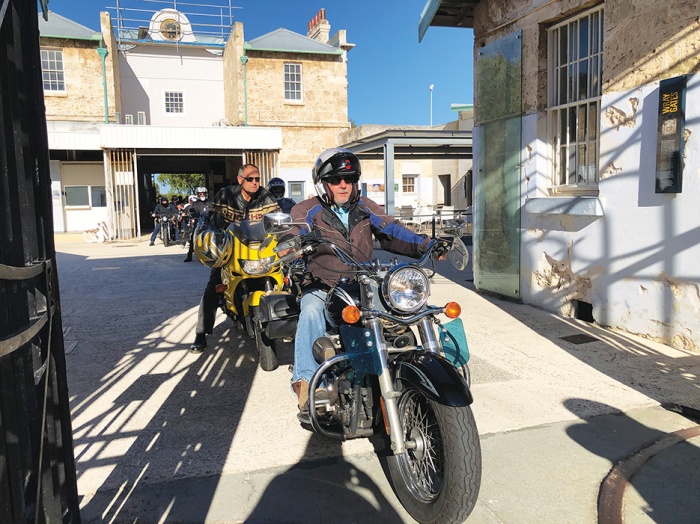 HISTORY was made last Saturday (January 19) when more than 110 prison officers on motorbikes rode out of Fremantle Prison.

The charity ride to Chidlow was to raise awareness of mental health issues in prison officers.

It’s the first time a group of motorbikes have been allowed into the grounds of the world heritage-listed gaol.

“Over the last year we saw a number of serious assaults on officers, a volatile riot and a huge strain on the prison population,” he says.

“With staff shortages across all prisons, officers are working more overtime and are under huge amounts of pressure.

“Because of the dangerous and stressful environment in which prison officers work in, depression and suicide within the industry is sadly widespread. Prison officers face deaths in custody, verbal and physical abuse and at times witness horrific violence.

“WAPOU has been at the forefront of combatting the stigma of mental health in WA prisons by offering members seminars and on-site training.

“The training was so successful in WA, WAPOU has travelled to prisons in New Zealand to offer the format which is also set to be adopted by prisons in the Northern Territory, Tasmania and South Australia.

“Each prison officer needs to Stand (Talk, Ask, Listen, Refer) in order to combat poor mental health and overcome the stigma of weakness and to not be afraid to seek help and support for themselves.”

All proceeds from the WA Prison Officers’ Stand (Talk, Ask, Listen, Refer) Ride go to the The Black Dog Ride charity, which invests in depression and suicide prevention programs.