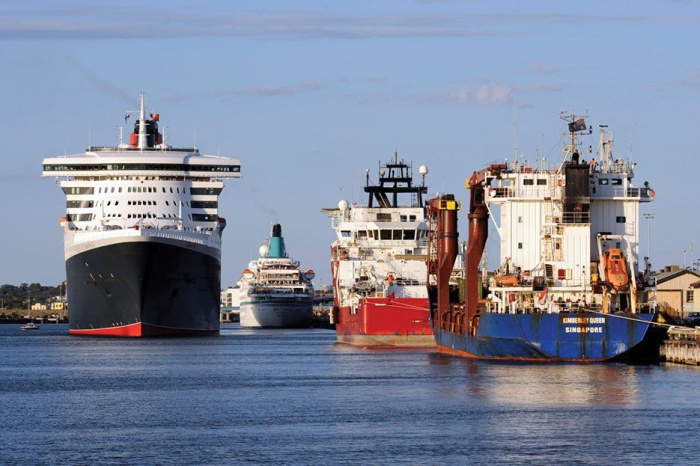 Unfortunately he included no thinking about the significant effect that the rapid advances in container shipping and terminals will have on the overall economy of southern WA.

Those advances will either benefit every person in WA, or will relegate us into becoming an economic backwater

I’ll deal with the red herrings swimming in his piece. Nowhere did I say that “the inner harbour is ‘past its use-by-date’, a ‘bottleneck’”.

What I do say is that the inner harbour has a bright future carrying out its many other port activities, but cannot support an efficient, modern container terminal, one that will have economic benefit for all West Australians.

It makes no sense to suggests that the new, much more economical, Neo-Panamax container ships won’t come on the Australian trade route in the near future because of Australia’s relatively modest overall trade volumes.

Why then in 2010 did Fremantle Ports invest a quarter-billion dollars in an extensive dredging program to deepen the inner harbour to 14.7m to accommodate the then-new Panamax vessels?

Stating that the economical new ships won’t service Australia because most of Australia’s ports would need deepening and other investment is an excellent example of putting the cart before the horse.

Trotting out some good productivity figures does not hide the fact that Fremantle has Australia’s worst physical terminal structure.

DP World runs half of Fremantle’s container facility. Comparing with DP World’s Melbourne, Sydney, and Brisbane terminals finds Fremantle the shallowest at 12.7m, and with the smallest logistics area.

Australia will remain encumbered with old, inefficient, polluting container vessels if our country does not replace its obsolete container terminals.

It’s the thinking of CEOs like Mr Leatt-Hayter that could moor our whole nation in stagnation.

Modern container terminals and their logistics areas are highly automated. Nobody is allowed to walk on the wharf or in the container-handling area because they will be run down by a straddle carrier or other automated vehicle.

Fremantle container terminal has nowhere near the area needed for an efficient logistics area. Expansion is only possible at ridiculous cost, while leaving the expense generated by the convoluted, inefficient road and rail connections to and from the current terminal.

We also have the unanswered question as to whether Fremantle’s wharf pilings are deep enough to handle the necessary future deepening.

The level of automation of a modern, efficient terminal also means that such a terminal cannot coexist with other port operations.

That’s why we need a new, modern container terminal built on an optimal site, giving the inner harbour the space for a significant future carrying out its many other port operations.

Because it’s a big investment, and because of economies of scale, the SW of WA can only support one modern container terminal.

I therefore hope that the current Westport project consults a wide range of logistics experts to choose the best site.

For the sake of the whole WA economy I hope that economic forces will soon see Neo-Panamax vessels servicing an appropriately sited, modern WA container terminal, backed by a big, efficient logistics park.

We’ll benefit from the 37 to 50 per cent less fuel-use per container carried on those vessels, and from the greatly reduced land-transport costs resulting from the integrated logistics park.

This cost reduction will make viable many more export industries.