A NEW parking app introduced by Fremantle council has copped criticism from users who are being unwittingly charged for reminders that time in their bay is about to expire.

The council recently switched over to a new parking app provided by PayStay, but local resident Brigid Tuala say she was angry to find she was being charged 29 cents every time she received an SMS warning that her time was up.

“It’s one of those little hidden costs, which is a lot of money every time you park, when you are already being charged quite hefty fees to park,” Ms Tuala said.

When signing up for the app, customers aren’t automatically warned about the reminder fee; they have to read through the long terms and conditions to discover it.

Ms Tuala said unlike its predecessor, PayStay also requires users to put money into their account in advance.

“I think the whole idea of using parking apps is fantastic, but what I don’t like about PayStay is that I have to put credit in as opposed to pay-as-you-go,” Ms Tuala said.

“I do not like the fact that I have to invest on my credit card with money that I haven’t spent.” 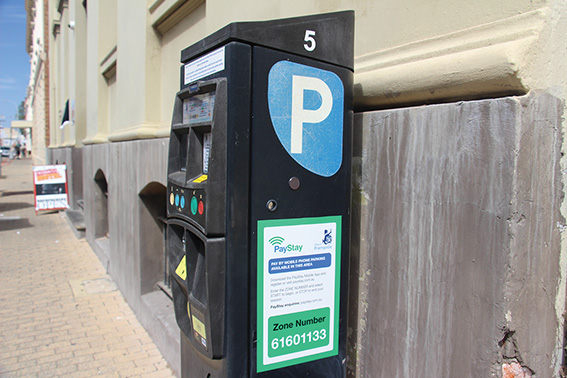 • There have been grumbles about “hidden” fees with the new parking app chosen by Fremantle council.

When the Herald asked other users for their feedback, the hidden reminder fee was clearly their biggest grief.

But Fremantle retiree Christina Ballantyne said the app gave the impression young hipsters were more welcome in the port city than senior citizens; when she tried signing up she discovered the program didn’t recognise birthdates prior to 1950.

She’d also rather settle up at the end of the month as she’d previously been able to do.

“What would really be nice if all the councils in Perth got together and get the same app, so wherever you park you could use the same one,” she said.

The council claims features like a parking map make it more attractive to users, noting the previous operator CellOPark accounted for only 3 per cent of parking transactions in the city.

Some PayStay users told the Chook they liked the app as they didn’t have to use coins anymore and it was convenient.

The Chook made several unsuccessful attempts to get a comment from PayStay. CellOPark also declined to comment.