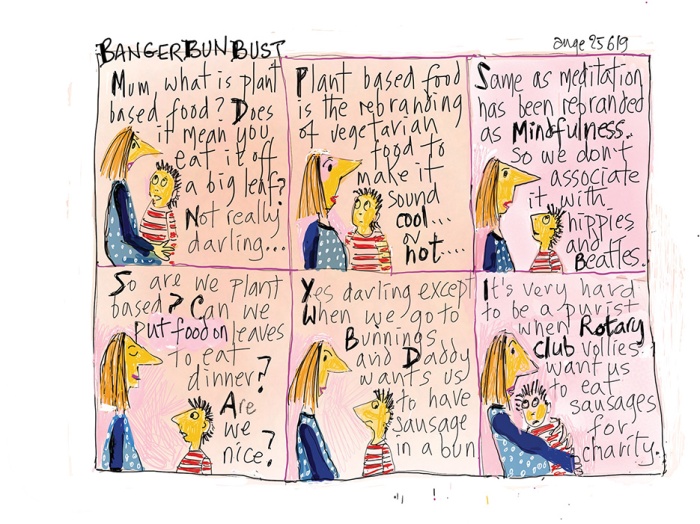 Round the houses
THE statement the Fremantle Herald received from the Fremantle Volunteer Heritage Guides regarding the unscheduled closure of the Roundhouse on three days is incorrect (“Roundhouse closed as flu floors vollies”, Herald, June 22, 2019).
Never has committee made an assessment before winter as it is left to the volunteers on the day if they want to close maybe an hour early because of extreme weather conditions.
How on earth would the committee make a long-term winter assessment anyway?
That the Roundhouse was closed on a Friday, Saturday and Monday was not because the weather was extreme. It wasn’t!
The Roundhouse has always struggled with rostering enough volunteers on as it has been very hard to get new ones and the old ones resign because of age, poor health etc. So that is one of the major problems that needed to be addressed.
Fremantle council is partly to blame for this. It is not right that a small volunteer organisation manages the running of a major tourist attraction without getting any support at all.
The Maritime and Shipwrecks museums and Fremantle Prison are all state government-funded with paid professionals in addition to some volunteers.
Fremantle city to my knowledge has never even offered to pay for the cost of printing the information leaflets the volunteers hand out to tourists or for the uniforms.
The FVHG rely on visitor donations to keep the place going.
I have suggested to Fremantle council that volunteers of the Visitor Centre help out at the Roundhouse.
If they got two Visitor Centre volunteers a day they might be able to do two shifts, which would mean the Roundhouse could stay open longer till 5pm (now 3.30pm), while the shift for the volunteers would be shorter. A win win for all.
The other idea is for Fremantle Prison to take over the running of the Roundhouse, and the professionalism and positive energy of Fremantle Prison director Paula Nelson would no doubt see the Roundhouse step up a few levels in what it offers tourists and school groups.
I volunteered at the Roundhouse for nine years and loved talking to people from all over the world. It is one of the most positive days of the week because almost all of the tourists love Fremantle, so while exhausted we leave with a big smile on our face.
The Roundhouse receives around 150,000 visitors a year, so it is a significant tourist attraction for our city and the West End.
It deserves and requires financial and in kind support from the state and local governments.
The volunteers do their very best to make it work, but we are amateurs who are not tourism or marketing professionals, so it makes sense for the City of Fremantle to take a much stronger interest in the running of the old jail, because it needs to remain open to the public.
That is now happening after my outcry.
Roel Loopers
Maxwell Street, Beaconsfield
Ed’s note: We took it to mean they did a daily assessment during winter.

Thank you
THANKS so much to the people who helped my dad on Saturday June 15 when he had a fall outside the servo on Winterfold Road.
Dad was confused at the time because of an infection but has come good. Someone called an ambulance. Someone else got a blanket so he wasn’t sitting on wet pavement. And everyone helped.
Thanks also to the people who helped when he fell near Kim’s Fish & Chip Shop in January.
Dad didn’t get his fish and chips that night but he did tell us about the kind people who came to help.
It’s good to know there are people like you around.
Susanna Rogers and Mark Cikara
Hamersely Road, Subiaco

Efficiency
LOCAL government bureaucrats struggle to find the meaning of ‘efficiencies’.
On May 4 2017 the then new McGowan Labor government announced a bold plan to introduce wide-ranging and lasting reforms to service delivery, accountability and efficiency in the Western Australian public sector.
At the time we thought ‘noble and courageous’, but cynically scoffed as the idea of modern day career parliamentarians being motivated or even capable of going up against WA’s goliath-like public service was simply a fantasy.
So in May this year, as city and shire councils across the state start work on their 2019/20 budgets, we wonder if McGowan’s May 2017 public sector ‘accountability and efficiencies’ announcements were real?
Are cost reductions and savings through efficiencies the number-one item on every local government’s budget agenda?
Don Hyland
Fremantle

Name that street
REGARDING the Letters to the Editor in which readers were upset about Freo adding the original First Australians’ names for places to the present names.
I have just been in Melbourne and Adelaide and noticed both these rather ‘small l’ liberal places have added the old names to the usual names where known.
The indigenous names have even made it to GPS, under the old ones.
So far it seems nothing to concern anyone about and the sky has not fallen in.
Some of these Aboriginal names certainly beat the sound of places named after crusty old councillors, pollies or such horrors as Separation Street in Melbourne.
Name and address supplied
The Ed says: There might be a tourism boon as well if we fix up some of our more colourful colonial monikers – surely names like Cape Arid are a tad off-putting to visitors, while nearby Poison Creek is definitely a black-lister.

Brad bombs
FREMANTLE mayor Brad Pettitt has now presided over nearly 10 years of abject failure by the City of Fremantle.
Social failure: drug taking and drug-affected people, begging, street drinking and generally disgusting, scary behaviour on the streets of Fremantle every day. No wonder people won’t shop in Fremantle.
Architectural failure: The new build on the corner of Bannister and Pakenham Streets is a classic example of what Dr Pettitt and his council have allowed in the West End and other parts of Fremantle.
Financial failure: The sale of income-producing assets to fund a totally unnecessary new office in the important heritage site of Kings Square.
They must also come clean on the total cost of removing yellow foil from the High Street buildings. If it’s not close to $1 million by now, I would be very surprised.
Commercial failure: Still more and more vacant shops and offices and many of the surviving businesses are struggling to stay afloat. Without diversified shopping options the public will never make Fremantle their preferred shopping destination.
Dr Pettitt has had a substantial amount of time to get it right, but has failed dismally.
He and his green/left council must be replaced at the 2021 council elections.
Keith Manton
Norfolk Street, Fremantle