A YOUNG Applecross table tennis whiz who’s got her sights set on representing Australia at the Olympics has had her first taste of success on the international stage.

One of Jasmine’s gold medals came as part of the under-15 Australian girls team, with the other two for her efforts in the under-11s doubles. 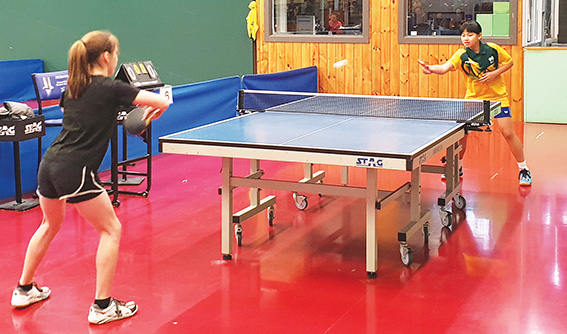 • Jasmine Wu (above right) playing against a Kiwi player earlier this month, and with her medals (below).

Jasmine had to fight back from match point several times, saying it was a huge adrenaline rush, with the close matches “like a game of fast, physical chess”. 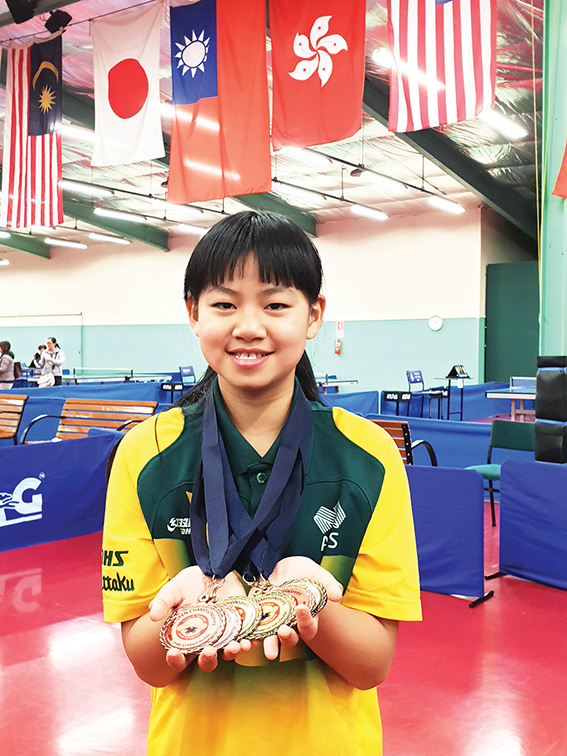 Jasmine is the current WA under-13 state champion and was one of three players from WA in the team that competed in New Zealand. She says the next highlight will be training sessions with a Table Tennis Australia national coach this month.