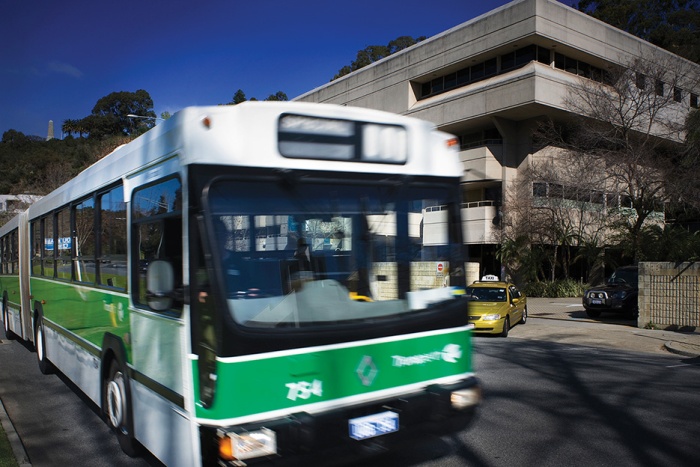 PESKY teens in Hamilton Hill brought two Transperth buses to a shuddering halt by cutting off their gas mid-journey.

The Chook experienced two incidents on Monday and Tuesday this week when the 513 was near the roundabout on Healy and Frederick Roads.

On Monday a teen waited at the bus stop and demanded a free ride when the driver pulled up.

While the driver fobbed the teen off, one of his mates went to the back of the bus and turned off the emergency stop valve, which is located on the outside of the bus.

A third miscreant hovered nearby to keep a lookout.

What appeared to be the same group tried again on Tuesday, but this time had a different hustle; one rode his scooter slowly along the road ahead of the bus, forcing the driver to slow down, while another shut the fuel off again.

Both times it took around 10 minutes to get the buses working again, annoying passengers.

The driver said the boys were “lucky to be in Australia”, as back in his home country India he’d have had a little more leeway to impose some instant karma.

As the driver dealt with the unscheduled stop, his radio crackled to life to report the teens had thrown rocks at another bus which had passed through the area a few minutes before.

“It’s quite common for bus drivers to be attacked by people, be spat on, threatened and abused, so it happens too often,” he says.

“So this is just another example of people not respecting people who work in the public transport sector.

“Governments need to make sure that bus drivers are protected,” he added.

Transperth did not get back to the Herald.