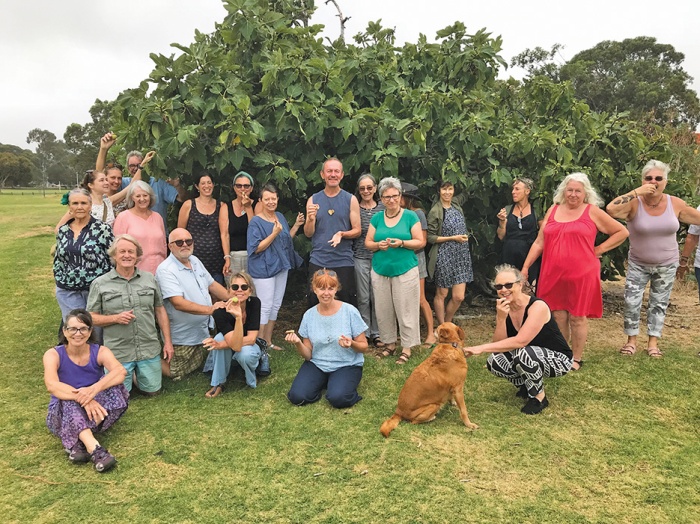 • Supporters of the fig tree gather to celebrate its possible heritage listing.

A DECADES-OLD fig tree in Hamilton Hill which supplies people from around the metro area with fruit is being nominated for heritage listing.

The Hamilton Hill Community Group is putting forward the nomination to have the tree near the Wally Hagan Basketball Stadium included on Cockburn Council’s significant tree list, saying it brings the community together every year when its sweet fruits ripen.

“I have met people who come from other suburbs just to pick its fruit,” said HHCG member Christine Duckham.

“There’s one old Italian guy who comes all the way from Dianella every year.”

Ms Duckham says despite copping a lot of the herbicide from council workers trying to control the nearby castor oil plants, the tree is in excellent health and she reckons its trunk is a good “20 foot round”.

The fig is at the base of Clontarf Hill in an area being eyed off by state developer Landcorp, but Ms Duckham notes that nearby Tuart trees have already made it onto the council’s significant tree list.