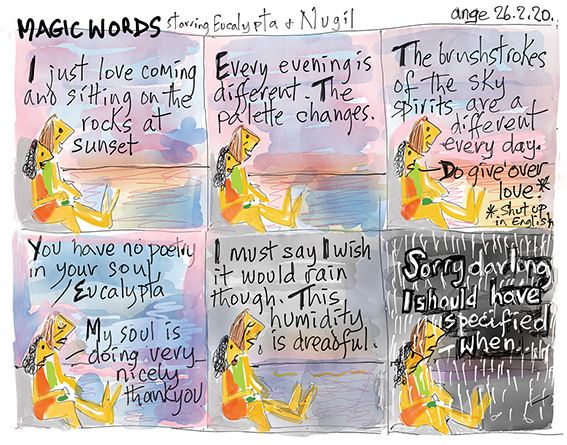 Where does it stop?
For God’s sake, let us sit upon the ground
And tell sad stories of the death of Kings
How some have been deposed; some slain in war
…and some simply erased (Shakespeare missed that one.)
If council wanted to engage in a ‘robust conversation’ with its ‘enlightened community’ about the renaming of Kings Square, it would be better if it had done so before it made its decision.
It would be a courageous council that would now change this publicly announced proposal.
But even at this late stage, it would be ‘enlightening’ to know exactly where this practice is taking us and to enable the public to comment on it.
If council is so deeply ashamed of our imperial history, no king or queen, especially Victoria, will be safe, Adelaide too, and various royal appointees with them (Hampton included, though O’Connor might be safe).
This is far from being a matter of small importance and needs to be administered with clear policy guidelines.
What, for example, is the objective – will it apply universally or only to public spaces under redevelopment?
From what pool will new place names be selected?
With all due respect to the traditional elders, there are many other elders out here from other cohorts, including migrants.
Modestly, even I can claim to have been a Fremantle elder for longer than most councillors have been alive.
Not that I’m volunteering.
Gerard MacGill
(convenor North Fremantle
Community Association)
Harvest Road, North Fremantle

Lady drivers
A FEW years ago I wrote a negative letter to The Herald about the behaviour of the women dropping off and picking up their children from Our Lady of Fatima school in Palmyra.
Now sometimes consistency is good, but in this instance it wasn’t. Nothing has changed since my last observation.
On Monday I was driving along Hammad Street and I was observing the 40kmh speed limit zone at the school.
When lo and behold a female driver pulled out in front of me, causing me to hit the brakes.
It was a big feeling of deja vu of the wrong kind.
Not only was she endangering her life, her child or children’s lives and mine as well, but also setting a poor example for them.
By her actions she has displayed a sense of recklessness, selfishness and scant regard for herself and other people.
Now I know that most those women drive ‘Toorak Tanks’, but that doesn’t give them the right to disregard the safety of other motorists.
Steve Grady
Murray Road, Palmyra

Back to square one
I MUST protest in the strongest possible terms against the renaming of Kings Square after the Indigenous Midgegooroo.
As Aboriginals make up 1.6 per cent of the Fremantle population (2016 census), it is hardly reflective of local sentiment, “enlightened” as we are.
Surely, (if indeed it needs renaming) someone who has contributed to the city we know today is far more worthy, for example, CY O’Connor, Frederick Samson or John Duffield.
Lindsay O’Brien
South Fremantle

Uplifting Freo
RECENTLY I walked into Fremantle from my small home in Blinco Street.
At a peaceful park on High Street, I observed an uplifting scene.
Mobile hot showers and a sheltered gazebo were set up with tables and chairs, where some of Freo’s homeless were enjoying breakfast provided by kind sponsors.
I walked on into town and really appreciated a hot coffee I could afford to pay for.
A kind gentleman offered me a copy of the Fremantle Herald and later introduced me to his daughter.
The kindness of strangers made my heart sing.
As I walked home, I realised it has been a very positive move moving to Freo.
I am blessed to be a resident.
Chrissie Anderson
Blinco Street, Fremantle