O’CONNOR local Kyle Jones was a prime candidate for a physical and mental breakdown – he had just split-up with his long-term partner and started an engineering job in a remote north west mine.

FIFO workers are at high risk of developing lifestyle-related health issues from drinking, smoking and over-eating, but Mr Jones was determined to stay positive and look after himself.

“From the beginning I was self-motivated, because you have to be up here,” Mr Jones says.

• Kyle Jones before he started hitting the gym. Photos supplied

Isolation, separation from family and a lack of routine are major contributors to physical and mental health issues.

They are compounded when workers return home and have to fit in with the established routine of family, partners and children.

“Their working patterns have been shown to disrupt sleep, leading to depression and poor mental health, and increasing the risk of peptic ulcers, cardiovascular disease and type two diabetes,” states a WA health department report.

Those problems are exacerbated by boredom and easy access to fatty foods, creating “the popcorn effect”, Mr Jones says.

“If you lack willpower you can get unhealthy food…and they pop like corn kernels…I didn’t want that to happen to me.”

Working for a small company close to the Northern Territory border, the mine site didn’t have access to the amenities of larger organisations and had limited gym equipment. 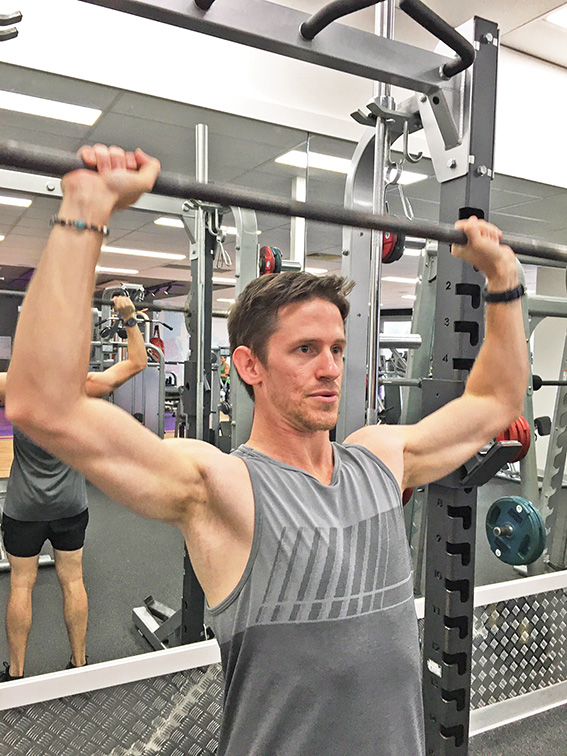 • Kyle Jones how he looks now.

While at home, Mr Jones joined Anytime Fitness and came up with a routine that could also be done in the work gym.

His fitness trainer developed an exercise regime and dietary plan.

“You have to develop rules; no seconds and dessert once a week,” Mr Jones says.

“You hang out for that one dessert day,” he adds.

“I found you can’t see it as a diet; diet implies short term, it needs to be a lifestyle.”

But more importantly his gym workouts have dramatically improved his physical and mental health, he says.