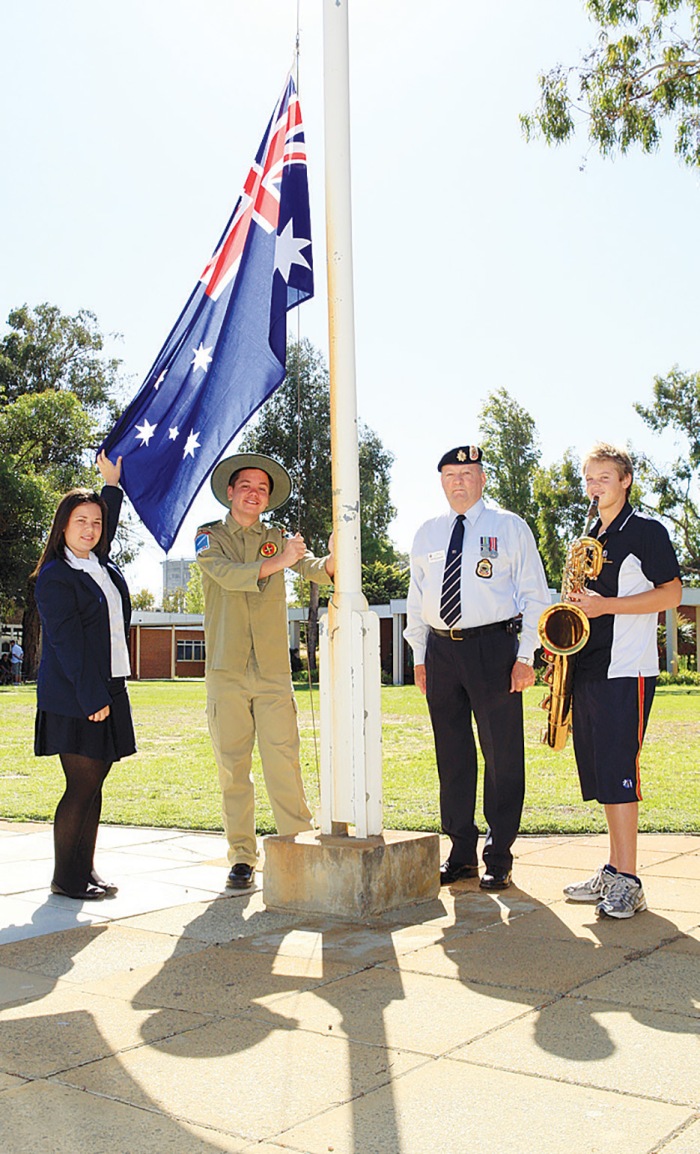 WHILE Anzac Day services have been cancelled across the country because of the Coronavirus, the RSL is urging Australians to still honour the fallen.

RSLWA has asked for a show of mateship on April 25, calling on people to stand in quiet contemplation at the end of their driveway or on their balcony at 6am – when the dawn service is traditionally held.

The RSL has teamed up with the ABC to broadcast a service, while thankfully Coronavirus hasn’t grounded the RAAF’s fleet so there’ll be the usual fighter-jet flyover.

Often portrayed as a slightly stuffy organisation of old blokes, the RSLWA is also embracing social media this year, asking people to contribute images and stories to its Instagram and Facebook accounts.

The branch pioneered the youth parade and service, which Mr Stanton counts as his proudest achievement while president of the organisation.

Despite the cancellation, he still put his speech together, giving it a Covid-related theme which we thought was a very timely message for all.

URING this current time of crisis with the Coronavirus devastating the world, it is a time that we need to stand straight and tall, be brave and remember the Anzac Spirit, look out for each other and your family and your friends.

It is sad that this pandemic has occurred and it is affecting our way of life, it has forced the cancellation of our Anzac Day parades and services, including our special RSL City of Cockburn Anzac youth parade and service as well as school Anzac services.

Despite this, I would encourage students and all Australians to stop on Anzac Day, April 25, just for a few minutes, and to remember the Anzacs and all those that gave their lives in the defence of our great country.

Also during this time I would encourage all of you to think of those Anzacs, finally returning home to Australia onboard the SS Boonah in 1919.

A lot of them were suffering from a similar pandemic called the ‘Spanish flu’ (pneumonia influenza); just like the Coronavirus, it was deadly.

These brave Australian soldiers and nurses had done their duty and served our country, despite that, they could not come ashore at Fremantle, instead some had to stay onboard the SS Boonah anchored at Woodman Point others were housed at the Woodman Point Quarantine Station.

Twenty seven of these brave soldiers died not from their war injuries, but from the Spanish Flu, some of the nursing sisters that had volunteered to stay with the soldiers also died.

One of those nurses was Sister Rosa O’Kane, who was originally from Charters Towers in Queensland.

There are three other volunteer nurses buried at Woodman Point.

These brave nurses died, doing their duty and looking after brave sick Australians – always remember those brave doctors and nursing angels; they were the unsung heroes in 1919 just as they are today in 2020.

Australians are a strong breed of people; they overcame the disasters of war and the Spanish flu.

After the war one person wrote of these World War One soldiers – “They were humble men, proud of the service they gave to their country, young family men striving to make a living when times were very hard and money was scarce.”

Just like the Australians 100 years ago, we can all stand tall, work together and we will overcome this modern day crisis, and once again enjoy our great Australian way of life.

We at the RSL City of Cockburn Sub-branch look forward to seeing you all again at the special Remembrance Day youth parade and service on Wednesday November 4, 2020.