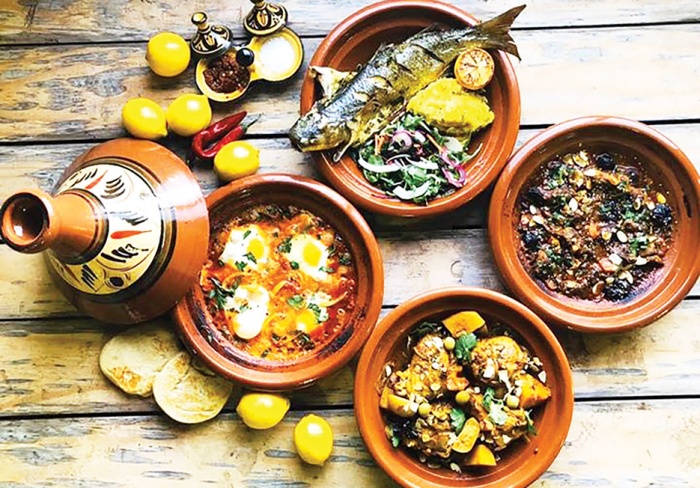 AN eerie calm descended on my house this week as the kids returned to school.

It reminded me of when the US military finally pulled out of Afghanistan.

The kids were exhausted after their first day back so we got them some hearty takeaway from Sesame Cuisine, a local caterer in O’Connor.

A lot of caterers have adapted their business model during the Covid-19 pandemic to include home deliveries, giving locals the opportunity to try different types of cuisine and take advantage of some great offers (we got a two-for-one promotion)

Sesame’s menu had a small range of Moroccan-style mains, salads and desserts including shakshuka, chickpea lentil tagine and halloumi salad.

They’ve got a funky food truck and normally do mobile catering for private functions and corporate doos.

It wasn’t long before I was tucking into my chicken tagine with couscous ($17.90).

The slow cooked chicken thighs were swimming in a thick chermoula sauce (usually a dark raisin puree mixed with onions and spices like cumin, paprika and cloves).

Half-submersed in the sauce were chunks of potato and pumpkin, with green olives and currants making the odd cameo.

It tased like an exotic slow cooker, and the tender chicken was delicious when mixed with the rich sauce and couscous.

The star of this dish was the preserved lemon, a staple of North African cuisine, which added a bright, salty depth to the flavour.

As an accompaniment we got some shakshuka, two poached eggs in a hearty spiced tomato and  pepper sauce ($15).

I was expecting a bit more kick from the sauce, but when I dipped the complementary batbout bread (small fluffy Moroccan pitas) into the egg and scooped up some rich tomato it all came together nicely.

The thick minted yogurt ($3) had a sharp tang and was perfect for refreshing your palate after some mouthfuls of tagine.

Across the breakfast bar, my young kids were nervously surveying their lamb tagine with couscous ($21.90).

They had never tried couscous before, but after some mild threats to remove screen-time for the rest of eternity and sell them to travelling gypsies, they got tore in.

I had my obligatory sneaky taste and can report the slow-cooked lamb was tender and packed with flavour, and the accompanying carrots, celery and caramelised onion added lots of depth.

This North African comfort food was perfect for a stormy night, and I think the lamb just edged the chicken tagine.

If you fancy some hearty food with an exotic twist, then give Sesame a go.