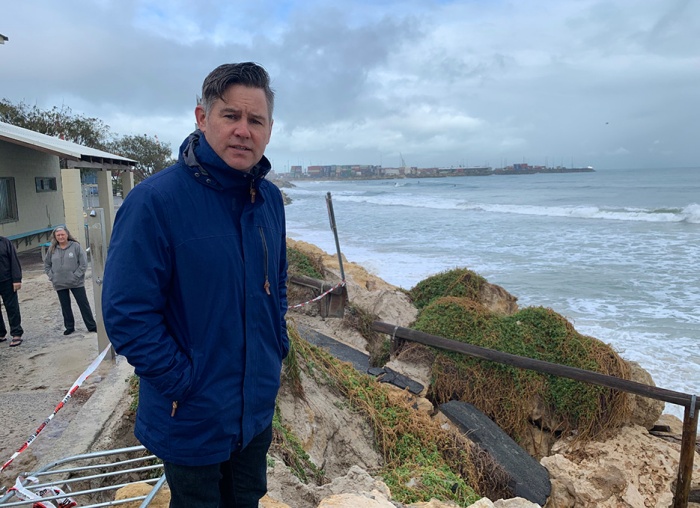 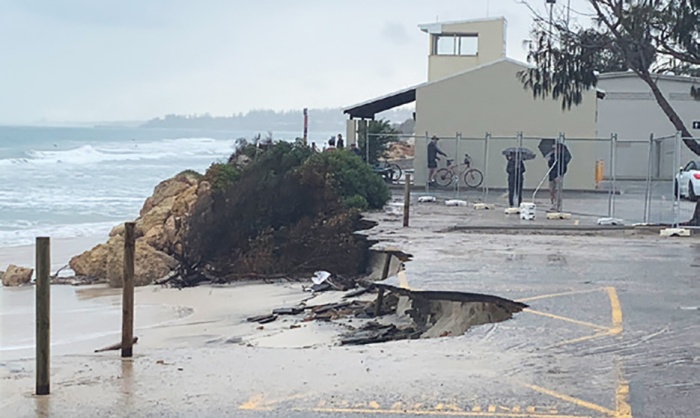 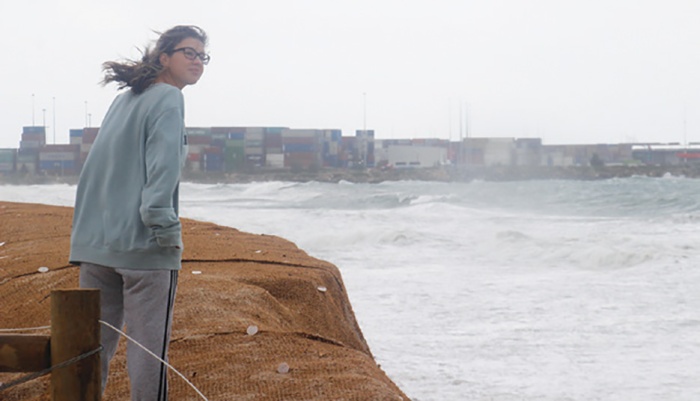 FREMANTLE council’s hopes of keeping Port Beach accessible to all users appear to have been dashed by Monday’s storm.

The council recently installed a rock wall along the beach, but left a path to give people with mobility issues access to the water. Powerful waves smashed through this gap in the defences during the storm and destroyed about 10 metres of the car park.

Mayor Brad Pettitt told the Herald it looked like the only way to protect the car park was to complete the wall.

Dr Pettitt said it was possible to design a pathway down to the water, but pointing to the remains of an existing asphalt track minced by the storm, thinks it’s probably prohibitively costly.

He was pretty upbeat the council’s $400,000 geotextile seawall had protected Coast restaurant, saying it stood up to two extreme weather events.

A council spokesperson said the damaged car park would be made “safe and secure” but it wouldn’t be used for parking any more.

They said the success of the seawall meant there was no need to move Coast in the short to medium term, but it was still a long-term strategy.

“The temporary wall was designed to last around five years and has performed just as we hoped by protecting Coast, the change rooms and the surf club annex.

“It may require some reinforcement from time to time, but should continue to serve its purpose of providing that interim protection for the next few years and buying some time until a longer-term solution is in place.”

The storm also brought a swell on Tuesday that swelled surfer numbers at Sandtrax Beach to numbers not seen for decades. The Chook caught veteran grommet John Butler on the way back in after he’d caught a few left-handers.