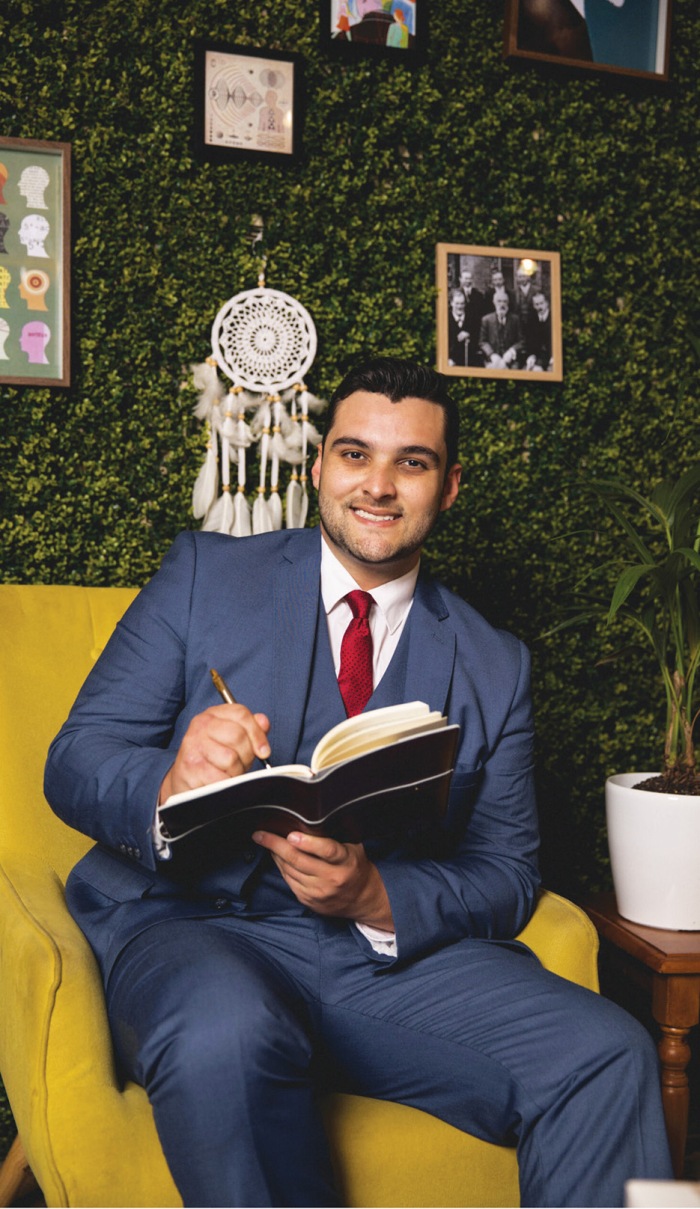 Tyson John Vacher looking slick in a suit and tie for his website.

A SCAMMER who preyed on vulnerable people by masquerading as a North Fremantle psychologist has a dark history of sexist, racist and homophobic attacks on Facebook.

Tyson John Vacher pleaded guilty in the Fremantle Magistrates Court on Wednesday to three charges stemming from Tuesday’s raid on his North Fremantle office, which was advertised as JVPsychology.

Vacher started appearing on search website HealthEngine.com a couple of months ago, with a vague CV hinting at qualifications but heavy on a “lived experience” in WA’s mental health system. He then upped the ante on psychologytoday.com and claimed to hold a university degree in psychology.

The Herald contacted HealthEngine three weeks ago to ask whether it had a screening process to ensure its advertisers had the qualifications they claimed. We never heard back, but Vacher’s profile was deleted. It’s also disappeared from psychologytoday.com.

On May 28, Vacher went live with a slick new website of his own which featured him posing in a suit and tie; a caricature of Sigmund Freud strategically hanging on a faux vine wall inside his North Fremantle office.

“I have had extensive first-hand lived experience in a range of public hospital settings including Fremantle Hospital, Fiona Stanley, and Sir Charles Gardiner [sic] – from 2012 onward,” Vacher listed under his “qualifications”.

“I also have this experience with Hollywood Private and Perth Clinic, and work alongside psychiatrists from these clinics.”

The Herald contacted both mental health providers last week, and while one representative said they were aware of Vacher, there might be “a problem” confirming his involvement with the clinic. That suggests he may have been a patient, with his lawyer telling the magistrate at this week’s hearing Vacher had “borderline personality disorder”.

Mr Simpkins told the Herald earlier this week he’d met Vacher “once” when the young man had offered to “do something community related” but nothing came of it.

“He was not in my pay,” said Mr Simpkin, who’s now CEO of the NSW Irrigators’ Council.

“He struck me as an overly-confident young man who never achieved anything that he said he could do.” 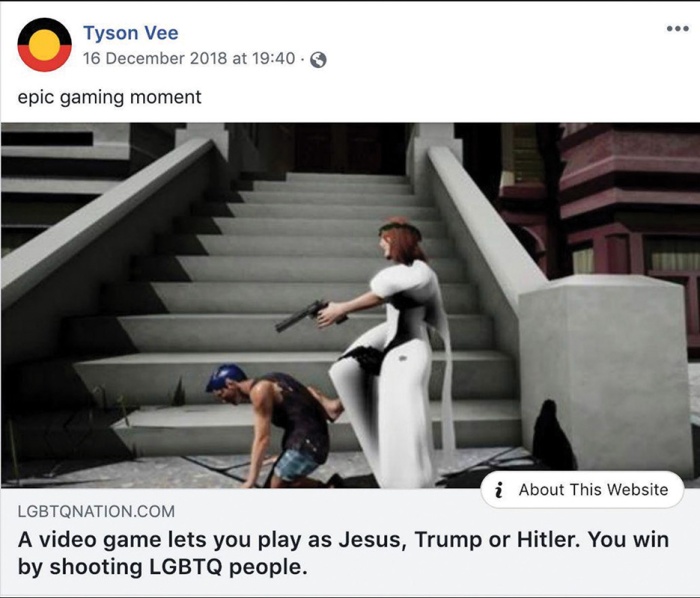 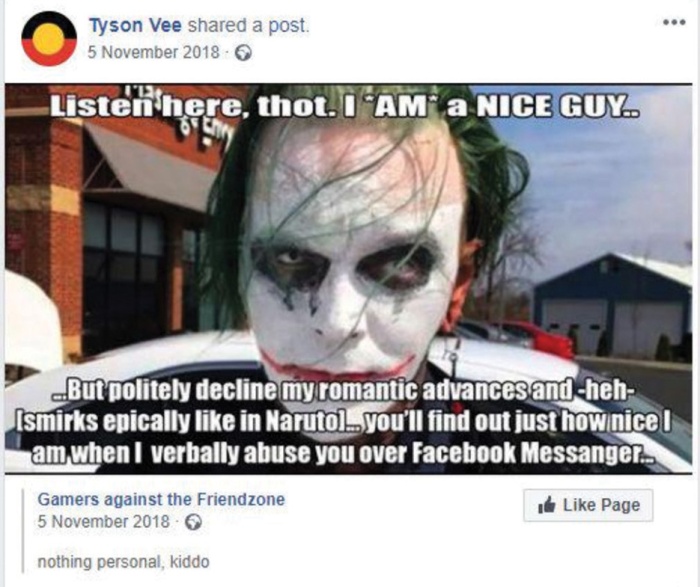 Vacher was given a 12-month intensive supervision order and $2,500 fine over the three charges this week, and was ordered to pay back the $99 fee he’d taken from a young client, who’d handed over sensitive personal information about trauma she’d suffered on the basis she thought he was a psychologist.

Outside court, Vacher told a media contingent he was still considering keeping a practice going, as he did have a counselling diploma.

But already a Change.org petition has been launched calling for Vacher to be banned from working in the mental health sector altogether.

Among the 1089 signatories it had reached by Thursday afternoon were several young women who claimed Vacher had subjected them or their friends to abusive behaviour, confirming what the Herald had uncovered in its investigation.

Vacher has used a number of Facebook accounts over the years, going by such names as Tyson Vee, Tyson Vacher and John Vacher.

In 2018, as Tyson Vee he described an image from a video game portraying a gun-toting Jesus executing a gay man as an “epic gaming moment”.

In February this year, under the tag Tyson Vacher, he posted: “Why do big maori wahines [women] stuff their puku [a plump tummy] in their leggings like its a stuffing bag for a hangi,” receiving 21 laughing emojis and six thumbs-up from his Facebook followers, though one young woman said “your disgusting”.

In another thread he trolled a young man who had shared an image of a night out with a mate, calling him a “faggot” and tagging an outdoor image of him as: “Running home to f@#k his boyfriend”.

The Herald has also been in contact with a young woman whose private messages were shared publicly by Vacher who then encouraged his followers to make fun of her. She subsequently received so much abuse on her own Facebook page she contemplated suicide.

Vacher’s bad behaviour wasn’t confined to the internet, either. Former WA Democrats senator Brian Greig, ironically an outspoken advocate for the LGBTI community, told the Herald the former Perth Modern School student trashed a Maylands flat he’d rented from him for about 18 months before doing a runner.

Mr Greig said he was left $5000 out of pocket after claiming insurance, having had to replace an expensive fire-rated door that had been damaged, a broken fire alarm, light fittings and cleaning for an unauthorised dog.

The former Democrat said when police found out Vacher was living there, they asked for a spare key to monitor him, but he disappeared shortly after. Mr Greig had to apply to get legal access to the flat because Vacher stopped taking calls, and when he got in discovered food in the fridge so rotten the place had clearly been abandoned for weeks.

The Herald left several messages for Vacher asking whether his online behaviour made him an appropriate person to conduct counselling sessions, but never heard back.