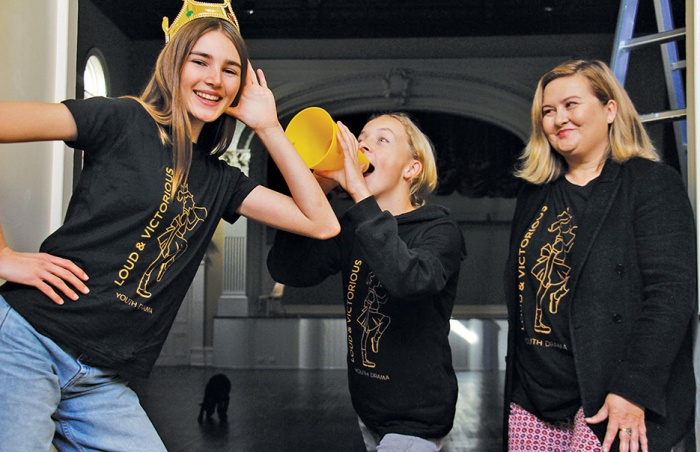 VICTORIA HALL in Fremantle is finally getting some live theatre back.

The hall is currently leased to Spacemarket after Fremantle council unsuccessfully put it on the market last year.

Loud and Victorious drama teacher Kate O’Malley said the emphasis would be on fun and creativity, saying school drama classes could sometimes get bogged down in theory and assignments.

“It’s a community drama class for kids to express themselves in an artistic and dramatic way and to really grow in their abilities,” she said.

Ms O’Malley has 12 years’ experience teaching in high school, but her love of drama started earlier when she took after-school classes with Gerry Atkinson; one of his proteges was Rove McManus.

“Just to be able to engage with each other on a face-to-face creative platform I think will be really good for them.”

She’s running free classes on Monday July 20 and Wednesday July 22 from 4.30-5.30pm and after gauging interest will work out a term program, which will end in a public performance.