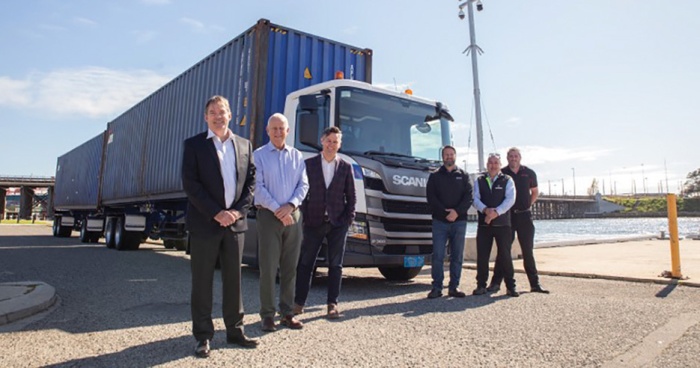 Cleaner and quieter trucks without the hydrogen – in the here and now.

SAMSON HOUSE in Fremantle will be hosting tours from next Sunday (September 6) as the National Trust WA gets over the whole Covid lockdown and re-opens its historic properties. It won’t be a touchy feely tour as they don’t want anyone coming away with the lurgy, but you’ll find out about one of Fremantle’s oldest and most prosperous families. Book at nationaltrust.org.au/places/samson-house. Also opening up again is the East Fremantle Cemetery, Peninsula Farm or the York Courthouse if you fancy a drive out to the countryside.

THE future might come sooner than we think: It wasn’t that long ago local mayors were talking up hydrogen trucks one day plying Freo’s port with low-emission freight, but WA freight company Warners Transport has got them excited about its latest fleet addition because it’s quieter, cleaner and more efficient than your average prime polluter – and it’s in the here and now. Warner’s truck/trailer combo uses a gearbox retarder to replace exhaust brakes and meets Euro 6 emission standards, meaning there’s up to 95 per cent less nitrogen oxide and 97 per cent less particulates. It has a bunch of features like adaptive cruise control and full EBS braking to stop the trailer sliding in the wet, while the trailers are manufactured here in WA (think jobs, jobs, jobs). “Using modern, safer, quieter and less polluting trucks like this one would dramatically reduce the impact of road freight on local residents,” Fremantle mayor Brad Pettitt said.

THE most recent winner of the City of Fremantle Hungerford Award, Holden Sheppard, has had the film rights to his novel Invisible Boys snapped up by film director Nicholas Verso. Sheppard, whose book is about growing up gay in straight-laced Geraldton, says winning the Hungerford was a key factor in his success. “The Hungerford’s effect on a book is like plugging an electric guitar into an amp: you play the same notes, but it’s louder and gets heard by more people,” the emerging author said.