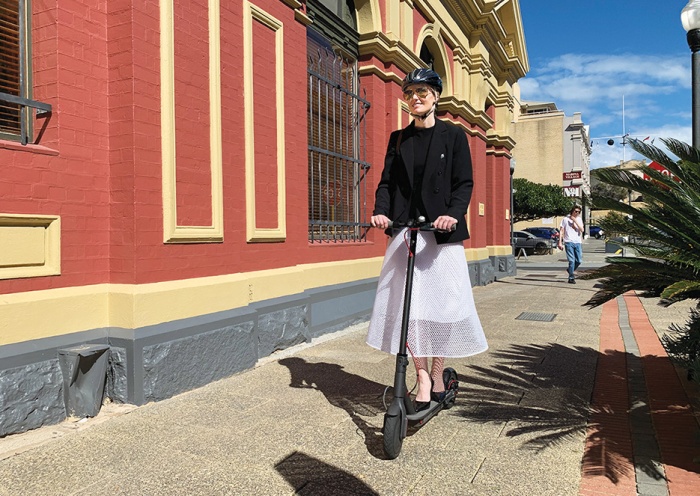 THE Liberal candidate for the state seat of Fremantle says the McGowan government has chosen an unsafe site for the city’s new $50 million police station.

“It fails to provide the adequate security necessary for a police station because there is no double entry from two separate streets,” Miquela Riley says of the South Terrace site adjacent to Fremantle Oval.

“How are you going to get out of there in peak hour?”

Ms Riley said she was also concerned there wouldn’t be adequate space to keep police cars under lock and key, saying two recent arson attacks on police cars outside the existing station in High Street highlighted why that was important.

“The Liberal party when in government, threw the police into an old bank vault and thought that was good enough,” Ms Roberts said of the temporary station in the National Australia Bank building.

“We have committed $52.6 million to build a state of the art station which is fit for purpose and meets all safety requirements.

“And we look forward to the day when Fremantle can be home once more to a proper, functioning police station.”

But Ms Riley says the announcement of the station “killed” Fremantle council’s plans to develop the area, which included attracting women’s AFL games, as well as taking an important Cappuccino Strip carpark.

“It also left local developers, who had shovel-ready plans they had spent hundreds of thousands of dollars producing, in the lurch. I am really frustrated by that process.”