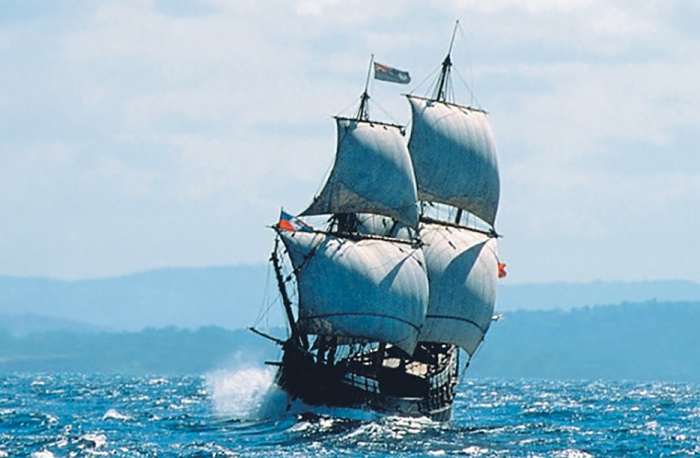 The Duyfken’s off to Sydney soon.

WITH her seaworthiness heading towards the horizon and a hefty maintenance bill in tow, it was time for WA to let the Duyfken replica go, says Peter Bowman.

CEO of the Duyfken Foundation, Mr Bowman says even though he made a last-ditch appeal to 65 potential corporate donors to help keep the Dutch barque on WA shores, he was happy she had found a new home port at the Australian National Maritime Museum in Sydney’s Darling Harbour.

Mr Bowman said the ship was almost halfway through her 50-year lifespan and needed an instant $250,000 cash injection after the WA government pulled out of a 10-year funding agreement two years early. It needs a new deck and sails, while the engine and fuel tanks need a major revamp.

“We are a volunteer based foundation, and without serious funding we had to let it go.” Mr Bowman said.

The “Little Dove” was a pride piece for WA, built in Fremantle to highlight the rich Dutch connection to Australian history. The original Duyfken was the first European ship to reach Australian shores, with captain Willem Janszoon ordering her to soon.

Willem Janszoon ordering her to make landfall at the Pennefather River in the Gulf of Carpentaria in 1606.

The replica is one of the rarest ships in the world, built over two years using techniques resurrected from the ‘Age of Discovery’.

Sydney’s maritime museum spokesperson Steve Riethoff said its wharves would be a good home for the Duyfken.

“We have the best shipwrights and professionals working on maintenance.” Mr Riethoff said.

Originally docking in Fremantle jointly with the WA Maritime Museum, the Duyfken paraded in tours across Queensland, New South Wales, Indonesia, and the Netherlands.

“People don’t realise how much it costs for these types of vessels to run, although the State Government funded us for eight years which was very generous, we had a very small time window to decide the fate of her,” Mr Bowman said.

“We looked at the Australian maritime floating museum as the best place as the ship will get the best quality maintenance and unlimited financial support from the federal government.”

Local Freo cafe owner Sergio Guazzelli said it would have been nice for the Duyfken to stay in WA and keep internal tourism humming.

“I would have loved to go on a twilight sail with my family; it’s a shame that we won’t now,” Mr Guazzelli said.

“We’re gifting it to the east coast but look at it like it’s a gift to the nation of Australia, just like Bond did with the America’s Cup.”

Mr Bowman said he was guided by maritime expert and colleague John Longley, who was a former America’s cup champion and chairperson for the foundation, who advised him to make a decision in the interests of the ship’s longevity.

“She is set to depart our shores in December but we hope to run a couple last tours before she sets sail,” Mr Bowman said.

One response to “Time to free our dove”