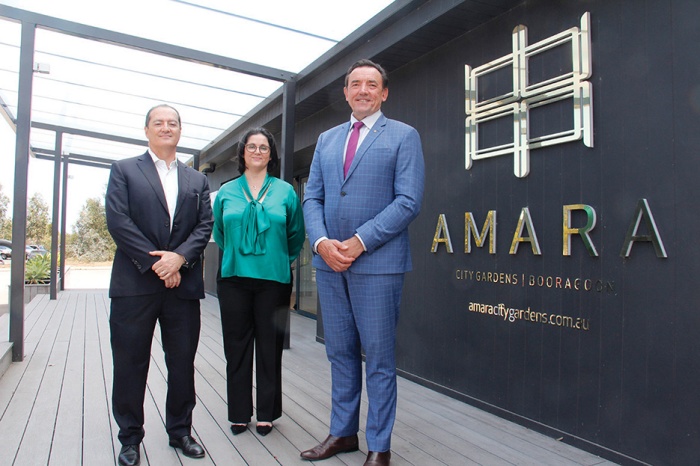 THE McGowan government has purchased 13 apartments to help get a Booragoon residential development over the line, but the WA Opposition says it’s shocked by the lack of transparency.

The 13 apartments in the 15-storey Amara complex are one of four projects the government has put $13.8 million into because strict financing requirements –reportedly now up to 100 per cent pre-sales – had left them in limbo.

“Our estimates indicate that buying the 32 apartments across these four developments will result in the construction of projects that will generate an estimated $94 million in economic activity,” he said.

“It will also create and support around 500 jobs in the residential housing sector – the second biggest employment sector in WA.”

Iris Residential managing director Simon Trevisan told the Herald despite needing state help to get Amara over the line, he believed the company’s formula for choosing sites made it a good investment.

“There are a lot of Asian people who are now second and third generation who moved to Winthrop in the ‘70s when the area was being developed, and many are now looking to downsize,” Mr Trevisan said.

He said Amara, which will include 129 units and five commercial offices was close to amenities and public transport.

The state’s housing department says how many would be retained for social housing, shared-equity schemes or on-sold would be determined on a case-by-case basis, but Opposition housing spokesman Tony Krsticevic says other tenants should be told how many Homeswest tenants they’ll be living with.

“Unfortunately the McGowan Labor government continues to lack honesty and transparency about its purchases and needs to come clean on its intentions,” Mr Krsticevic said.

“I’m shocked that the McGowan Labor government would purchase 32 apartments without knowing what they will be doing with them.”

The department said the purchase had been subject to a thorough probity screening.