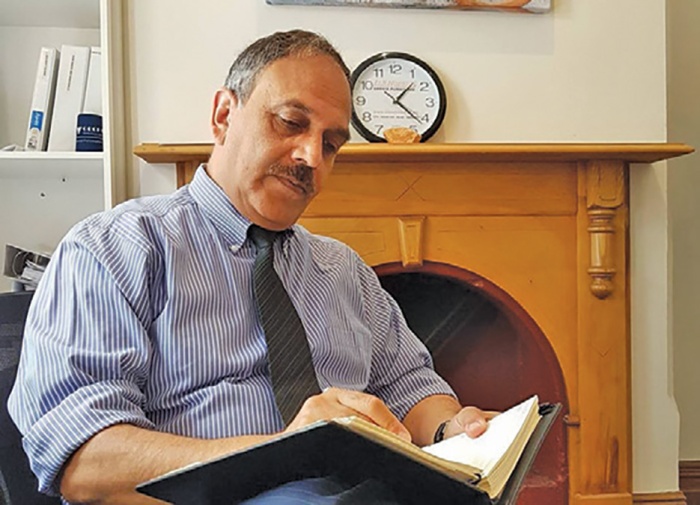 AS the first 100 days of Covid-19 unfolded, aspiring politician Bill Koul found himself compulsively watching the good, bad and ugly sides of humanity on show.

He started blogging all he saw, trying to make sense of the fights over toilet rolls, attacks on the credibility of doctors, Black Lives Matters and the geopolitics between India and China; but being a published author he found there was so much to say he needed to write a book about it.

We Humans turned out to be one of the first publications to document the coronavirus’s first days.

“I thought it might turn out to be my swan song, so I started writing for those people who are not born yet,” Mr Koul told the Herald.

“I want to write for our future generations as I step out of my comfort zone as an engineer and author and be there for the people of WA. We Humans is an expression of what I expect from politicians and the government also”.

Mr Koul believes it gave him an understanding of how humans tick, and he’ll strive to improve WA’s sustainability, liveability, mental health and education outcomes so that people feel happier about themselves and the world around them.

“If the people of WA are happy and healthy, so will the rest of Australia,” he said.

Mr Koul has eight non-fiction titles under his belt, three this year alone. Publication of one of his books, The Exiled Pandits of Kashmir, was considered so sensitive after India stripped the powder keg region

which borders Pakistan of its autonomy, that it was delayed by a year.

After his creative burst, Mr Koul says he was approached by former Melville mayor Katy Mair to join her on the campaign trail for the Western Australia Party and he was endorsed for Bateman, which will be vacant following Liberal MP Dean Nalder’s decision to quit politics at the next election.

The WA Party’s big platform is lobbying for WA to receive a 100 per cent per capita share of GST revenue from the federal government.

The election is March 13.