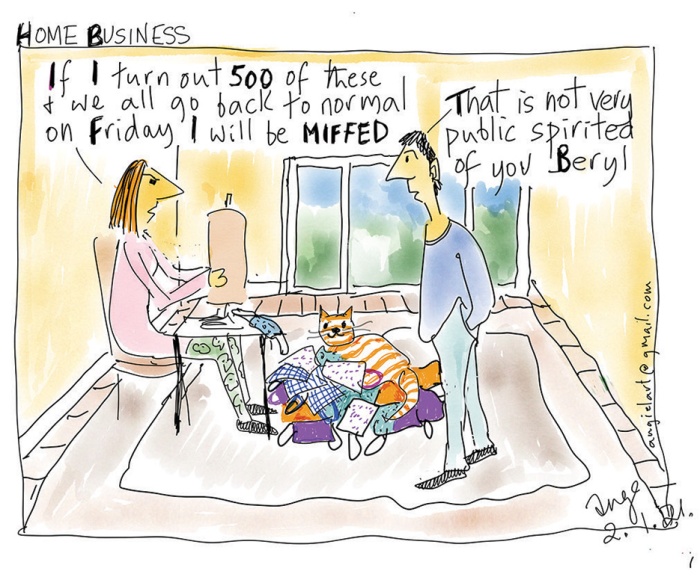 Helping them helps us

It will linger about the world indiscriminately killing people and economies regardless of race or belief.

I call upon those that prosper to THINK (use your intelligence) why they must come first for Covid vaccine.

Intelligence has no language but is the very heart of being human.

WHILE paddling in the Swan River parallel to Canning Beach Road near Raffles point on Tuesday morning I made (which was for me) a shocking, sickening find.

I was appalled that this type of fishing practice is being conducted in the Swan River – fin fishing.  This shovel nosed stingray had obviously been beached earlier that morning, its fins cut off and left to die.

I am awaiting Department of Fisheries advice regarding the state’s position on this type of fishing practice: Is it now considered acceptable in Western Australia and that is why fishermen are blithely undertaking these cruel acts without fear of being penalised?

If it is deemed acceptable, is our broader community aware fin fishing is acceptable to the WA state government? If it is not acceptable, what is Fisheries doing to police brutal fishing practices to prevent this occurring.

The department seems to be extremely concerned about abalone, but what of other species?

Surely, the majority of Western Australians would find this appalling and intolerable?

I’m hoping that if this is publicised in the media, people will be aware this type of mutilation is happening here in our river and encourage the government to fund more department of fisheries officers to patrol the river, monitor fishing practices and penalise people carrying out barbaric acts.

The Ed says: Thanks Bella, we covered this topic over the Christmas period. Because it’s not one of WA’s two species of protected stingrays, Fisheries says it’s ok for fishers to take only the fins because that’s all that’s eaten. But they are definitely not happy with simply leaving carcasses on the beach, saying they should be disposed of properly. It’s not entirely clear, but your photo looks as thought there is a deep wound between the eyes – in which case the ray is likely to have been dispatched quickly with a fishing knife before the fins were removed.

You’re on the wrong tack

HOW proud are we of our very own living legend Jon Sanders, solo sailor, around the world for the eleventh voyage?

Many of Jon’s admirers always await his return on the South Mole, through any weather.

It’s exciting to see the flotilla of craft accompanying Perie Banou 2 on the horizon. Sort of like the approach of the little boats to Dunkirk but with joy.

Jon is always aware of his devotees, sitting out on the

rocks, and every return, moves toward them for a special wave of appreciation as he enters the harbour.

It was too difficult this time as a giant self-entitled launch suddenly forced its way parallel with Jon, thereby  screening our hero from the gathered throng.

There is a famous quote by Queen Elizabeth II made to major Ronald Ferguson, Sara’s dad.

The major was accompanying the queen on parade as she saluted the Trooping of The Colour.

Asking him to move back behind her she said,

“The people are here to see me, not you major”.

Jon, after over a year at sea, looked across towards his cheering fans as best he could, and gave us a wave.