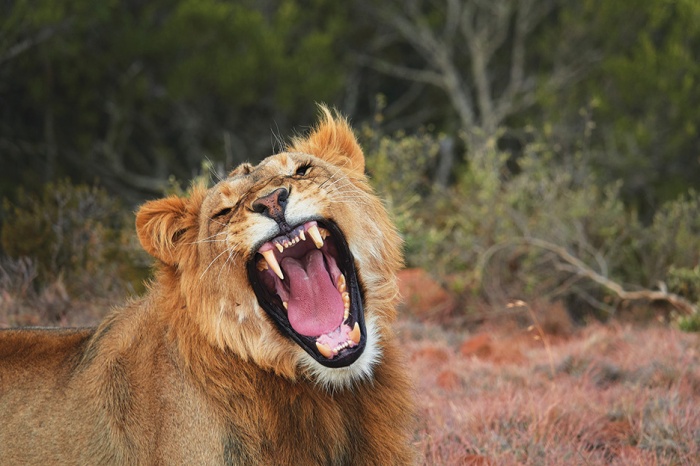 PERTH film-maker Bree Billington-Davies and her small production company Contingent Productions spent three years touring African and European conservation hotspots to get a warts and all view of what it’s like trying to save the world’s ever-growing list of endangered wildlife.

Forget the headline-grabbing stories of cuddly critters settling into their new leafy sanctuary – when it all went pear-shaped Billington-Davies was there to capture the heartache and dissect the failure.

“Recalcitrant governments are a serious matter of concern for conservation workers.”

Contingent has faced its own adversity, as politics, legal issues and then the pandemic left the team unable to complete their project before having to return to the safety of WA.

But Billington-Davies hasn’t given up and has turned to crowd funding to try and get the hundreds of hours of raw footage into post-production to create a documentary series called Saving the Wild.

The project has the backing of Documentary Australia, which provides a platform for aspiring film-makers to pitch their projects to potential backers.

LOCAL film-maker BREE BILLINGTON-DAVIES set out to capture the good, the bad and the ugly of the wildlife conservation movement. It took her on a journey to the other side of the world, where she found poachers aren’t the only problem facing our increasingly endangered wildlife. Head to https://documentaryaustralia.com.au/project/saving-the-wild/ to support her series Saving the Wild with a tax-deductible donation.

I TOOK on this project  because I wanted to tell the conservation narrative from the perspective of all the stakeholders in Southern Africa’s wildlife.

From reserve management, NGO’s, landowners, politics, government, rural communities – the good, the bad and the ugly.

The challenges, the solutions. How all these different elements in the bigger conservation picture influence each other, and what impact it has on those working on the frontline.

Over a period of roughly three years, Contingent Productions extensively filmed within the international conservation industry, mostly in Southern Africa and Eastern Europe.

From the outset, the objective was to ultimately produce an observational documentary series with the footage we captured.

Unfortunately, with delays due to politics, legal issues and then the pandemic, we weren’t able to complete our initial project. This left us with a ton footage of countless topics with one common theme, the flip-side of conservation.

Recalcitrant governments are a serious matter of concern for conservation workers. We witnessed this both in Bulgaria and South Africa.

In one incredibly emotional story, four elephant bulls escaped out of a Kruger National Park.

ERP (Elephants, Rhino’s & People), were called in for assistance to get the four bulls back to the park. But due to many factors against the operation, the operation ended in great tragedy.

Firstly, the South African government wouldn’t grant a large enough window of time to conduct the upliftment operation before they would issue destruction permits to landowners.

The reason more time was needed was because the team had to bring the proper elephant capture trucks from another part of the country and was therefore left with no other choice than to make do with transporting the elephants sedated on flat-bed trucks for a three-hour journey back into a suitable conservation area.

This method was most unideal and extremely risky for the elephants, as they had to be sedated for over six hours total, and to make matters worse, it was a 40-degree day in the middle of South African summer.

Elephants cannot regulate their body temperature when sedated as they cannot flap their ears. Manually cooling them off with water spraying is hopeless due to their immense body mass at 4 – 6 tons.

The fact that they were unable to track them (no gps collars), meant that planning the operation was unusually difficult and expensive as they would move significant distances every day. The only method of monitoring was by helicopter, which is a great and high-priced challenge.

Heartbreakingly, none of the elephants survived the sedation in such heat.

In Bulgaria, a pride of inbred lions had been rescued from an illegal zoo. It was winter when we went there, and to see lions in a cage in the snow was heartbreaking.

Four Paws stepped in to rescue and rehabilitate them before moving them to a big cat rehabilitation facility in the Netherlands.

But the Minister of Health wouldn’t issue the permit to allow the animals to cross the border out of Bulgaria.

The powers that be were reluctant to let them go.

The lion is their national animal after all.

Finally, after days of protesting in Sofia, from a public who was concerned about the animals’ health, the government allowed two of the three lions to leave.

And after two years, in the rehabilitation facility in the Netherlands, it appeared that one of the lion’s malgrowing due to its inbreeding was so extreme and it was in so much pain, had to be euthanized.

These are the stories the mainstream media don’t report on. Usually an animal transport is the happy story at the end of the bulletin.

These stories touch on the broader topics we cover in Saving the Wild, and how they relate to wildlife conservation.

Government, politics (and the repercussions after the operation), the pressure from climate change and last but not least “is it the right thing to do to spend huge amounts of resources on an emergency operation when the conservation return on investment is marginal?”

Would putting them down not have been the alternative right thing to do, and rather spend the same money and effort on other animals where more lives could be saved?

Throughout the series we cover stories that ask this ethical question.

This difficult but necessary discussion that threads through Saving the Wild.

To what degree do we need to look at individuals versus the population when practicing conservation?

Since resources are so scarce, it’s important to spend what is available sensibly.

We have a distributor who is supporting us to not shy away from the dark side or the flip-side of conservation.

It’s refreshing that they’re willing to take the risk on this kind of series. It’s not a wildlife show and it’s not another conservation series.

Saving the Wild also looks into ecotourism as one of the solutions that’s been successfully protecting wildlife in Southern Africa.

The impact of Covid-19 is having devastating affects on game reserves who rely on the tourism dollar.

The plan is to produce four 60-minute films, each looking at a different species including African cats, African elephants, rhinos, hyenas and wild dogs.

Ultimately we’d love to do a returnable series with this format, showing the global conservation issues.

Contingent Productions is committed to pursuing the stories that matter.

We’re looking for financial support to help us get the project off the ground and in turn, bring awareness of these issues into our audience’s living rooms. Saving the Wild has been accepted into Documentary Australia Foundation (DAF) for its social impact merits.  All approved DAF projects have access to its deductible gift recipient (DGR) status, enabling donors to tax effectively support the issues they care about. Support us at https://documentaryaustralia.com.au/project/saving-the-wild/