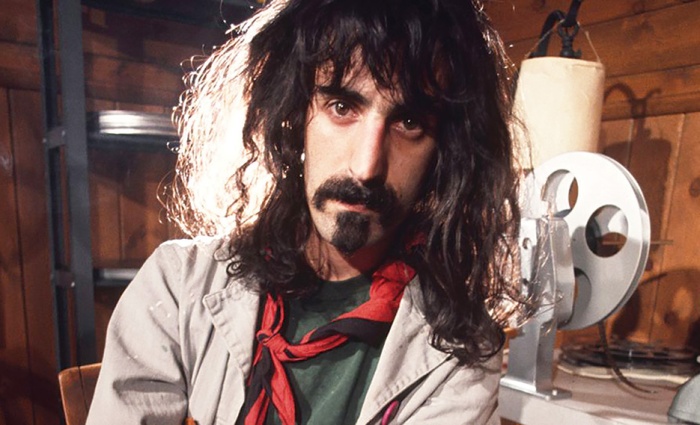 • The documentary Zappa chronicles the life and times of iconoclast Frank Zappa.

ZAPPA could be the perfect documentary for people who don’t like Frank Zappa’s music.

That’s because it’s the first time a filmmaker has been granted unlimited access to all the archive footage in Zappa’s vault.

The result is an all-encompassing documentary about his turbulent life – from his appearance in front of a US Senate committee to his battle with cancer.

The film still includes historic musical moments along the way, like the footage of Zappa and The Mothers of Invention jamming with John Lennon and Yoko Ono at the Fillimore East in 1971, but it’s not just about the music.

At times it feels very intimate as we see Zappa goofing around with his young kids, and at other times era-defining as he locks horns with the political establishment.

Never one to shy away from controversial topics, Zappa spoke passionately on issues like religion (he was an atheist), he abhorred drugs, and battled with politicians and censors throughout his life.

The PMRC consisted of many wives of politicians, and was founded to tackle song lyrics with sexual or satanic content.

Zappa saw this as a conflict of interest and also a path towards censorship, calling their proposal for voluntary labelling of records with explicit content “extortion” of the music industry.

Archive material is bolstered with revealing interviews with his widow Gail, who died in 2015, and several of his musical collaborators including Steve Vai, Mike Keneally and Ian Underwood.

The archive footage was restored using proceeds from one of the biggest ever Kickstarter campaigns, showing the love that still exists for Zappa some 28 years after his death.

The documentary was made by actor and filmmaker Alex Winter, who is best known for portraying the slacker Bill in 1989’s Bill & Ted’s Excellent Adventure.

However since the 2010s Winter has carved out a career as a serious documentarist, making films like The Panama Papers and Trust Machine: The Story Of Blockchain.

He did a good job of condensing Zappa’s complex life – the man had his fingers in a lot of pies and released countless albums – into a two-hour documentary.

Sadly Zappa died in 1993, aged 52, after a four-year battle with prostate cancer.

I came to him late after stumbling upon an interview he did on YouTube.

I didn’t really like his music, but became addicted to his insightful, candid take on life.

This was a man who was intellectual light years away from the usual grunting rock star.

In fact he wasn’t a rock star and didn’t really have a good word to say about the music business.

Zappa was a passionate man full of surprises and contradictions, which makes for a great documentary.

Zappa is showing at Luna Leederville in Perth from Friday February 19 – Sunday February 21.