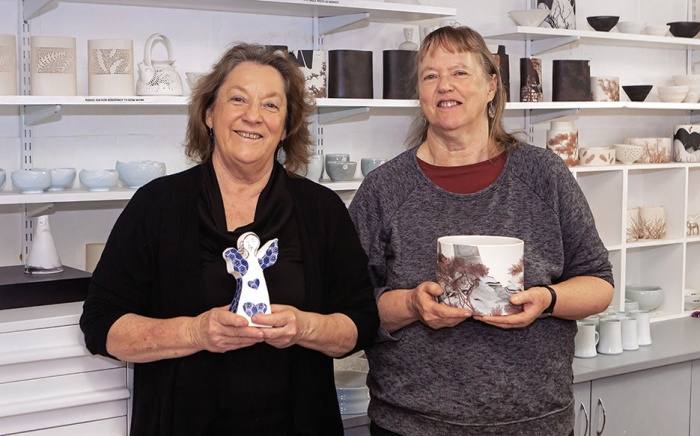 TRADE tensions with China tend to focus on how punishing they will be for Australia, but a local ceramicist is worried it might go the other way for the small arts community of the superpower’s famed ‘Porcelain City’.

That’s why Jenny Dawson sees her collaboration with four other artists in this year’s Indian Ocean Craft Triennial as a bit of quiet diplomacy to soothe cross-cultural tensions. Dawson’s works in Asian Takeaways at Earlywork Gallery in South Freo are based on techniques she picked up in Jingdezhen, on China’s south east.

She said Covid had been a huge blow to Jingdezhen, as its artists relied on visiting artists, often Australians, hoping to pick up their secrets.

“This porcelain has been around 1700 years and was found on the Silk Road, and when it’s been dug up out of the ground, it’s pure white.”

She’s concerned about the long-term prospects for Jingdezhen if trade tensions last beyond the Covid: “They relied heavily on these workshops.”

Dawson said the learning went both ways, as the Jingdezhenians were fascinated by her big, bold works which contrasted with their own delicate creations.

But they shared a sense of humour: “They had two kilns; one was the Dragon Lady because a woman fires it, and the other was called the Mick Jagger because things go in and out fast,” she said.

Also represented in Asian Takeaways is Sandra Black, also a regular visitor to Jingdezhen and a regular contributor with Dawson on large public art projects, Susan Flavell, Nathan Beard and Andrew Nicholls, who have also ventured into the Orient to further their art.

Asian Takeaways runs until October 3, and more exhibitions can be found at indianoceancrafttriennial.com