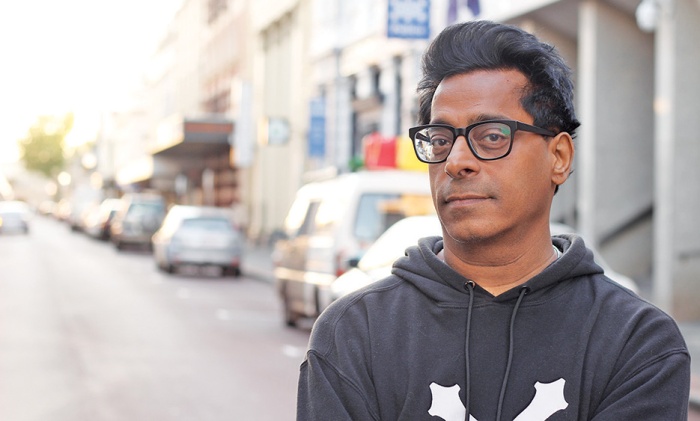 Rahul Gairola is a distinguished academic and author, but that hasn’t shielded him from racist and homophobic attacks. Photo by Steve Grant

AN eminent scholar and author is calling for a frank and empathetic community dialogue on how Fremantle deals with its racism and bigotry, after being subjected to a string of unprovoked attacks.

Dr Rahul Gairola is the Krishna Somers senior lecturer in English and postcolonial literature, and fellow of the Asia Research Centre at Murdoch University; he’s published five books and contributed dozens of essays to peer-reviewed journals. Dr Gairola has taught at nine tertiary institutions across Australia, India and the United States and held fellowships or research grants at a string of prestigious universities including Yale, Cambridge, Cornell and Washington.

His qualifications and Indian American background will make him an important asset for Murdoch when WA opens its borders to international students early next year, but Dr Gairola says the consecutive attacks have been so distressing he’s been forced to rethink a decision to take out Australian citizenship and settle here permanently.

He says as the manager offered congratulations, a woman apparently affected by alcohol started aggressively questioning him.

“The lady just looked at me and said ‘who are you’, ‘what is your name,’ ‘are you employed,’ and ‘what country are you from’ … she said some hostile stuff like I don’t belong in this country,” he said.

He ignored her, but the woman continued to pepper him about his vaccination status before the manager asked her  to leave, adding that racism would not be tolerated.

“It was sad and embarrassing, especially in the moment I was trying to calmly celebrate” Dr Gairola said of the incident.

A month earlier he was physically attacked by a man who’d been abusing staff in a local pub before turning his attention to nearby patrons. Focusing his rage on Dr Gairola, the man repeatedly pushed him in the chest while yelling homophobic slurs and threatening to kill him.

The assailant was ejected from the pub, but Dr Gairola said it was disheartening to see him back there a few weeks later, with the pub owner doing nothing to make him feel safer and the man showing no contrition and instead mocking him and his Asian American friend. Both of them left.

In July this year an attack on Dr Gairola near the Fremantle Markets was covered by the ABC which linked it to increasing racism against people of Asian descent because of Covid. Despite the recurring theme of racism, Dr Gairola urges the Fremantle community to think more deeply about these incidents. He believes a more systemic issue has erupted because of the pandemic’s impact on the community in unexplored ways.

“The patterns convince me that it is less about race or homophobia than it is about the system; it’s about disenfranchisement and that deserves closer scrutiny,” he said.

“Neither person feels that they belong.”

Dr Gairola, whose books often explore a sense of belonging through the viewpoint of the Indian diaspora, says that’s where the Fremantle community can contribute a better understanding leading to meaningful dialogue that might discourage disturbed people from lashing out.

Having seen first-hand the impact of aggressive law enforcement in the US, Dr Gairola isn’t a fan of trying to police racism and homophobia – apart from the fact it diverts resources from other potential emergencies. While bystanders did call police when attacked near the markets, he asked them not to arrest the man but to talk to him; ultimately, he received an apology. He again declined police intervention at the pub at which he was subjected to violence and homophobic slurs. “Is it ethical to brand disturbed or intoxicated people as ‘criminal’? I do not think this is a viable way forward,” he says.

Asian Australian Alliance co-founder and convenor Erin Chew said racism against people from Asian backgrounds was already on the rise in Australia before Covid, particularly as trade relations with China deteriorated.

THE AAA released a landmark report in July studying racist incidents, which Ms Chew notes was the first time such data had been collated at a national level, and which did show a definite Covid flavour.

Ms Chew said the AAA had a similar aim to Dr Gairola in empowering the community to help tackle racism before it manifested. She said even being able to report an incident and be heard had made a difference to many respondents, who before then often felt alone in their suffering.

The report recommends a bipartisan vote in federal parliament to note the rise of anti-Asian racism, and condemn it, while calling on states to fund centralised tracking systems to document hate crimes and racism. It also flags “community safety patrols” of volunteers in areas with bigger populations of people from Asian/Asian Australian backgrounds and for councils to install signs stating that racism is unacceptable.

As for Dr Gairola, he is looking forward to the WA border opening, welcoming international students back to Murdoch, and making them feel included in ways that he has not. “As uncomfortable as it can be, we have to talk about these things rather than ignore or run away from them. This is my commitment to WA as a permanent resident on track to become a dual citizen with Australia and the USA. But I would be living a lie in my own community if I performed indifference to this pattern of attacks that shows that everyone is impacted by two years of global pandemic.”