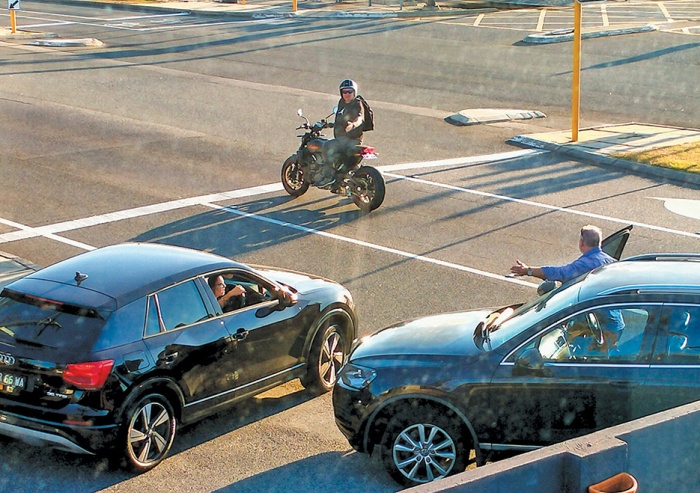 WHILE Budget’s claim about Freo’s road rage might be a bit bogus, local photographer Paul McGovern says there’s no doubt the city’s traffic has increased, which will naturally cause more stress.

He recently captured a snap from his kitchen window he colourfully titled Freo 3 Way.

“It’s not the Freo 3 Way of old but a 3 way road rage I witnessed last week from our kitchen window,” he said.

“Although many locals like myself prefer to cycle when possible there is little doubt that Fremantle has had a large increase of traffic over the last decade.”

Living on Marine Terrace he reckons developments and Coogee and North Coogee have pushed a lot more traffic along the seaside route into Freo, while along Tydeman Road in North Fremantle the increase of shipping freight being trucked along the roads is obvious for all to see.

“Mix in a huge uptake in cycling, pedestrian traffic and a sprinkle of Covid domestic holiday makers and there seems to be a perfect storm brewing,” Mr McGovern said.

“Do we ignore these unintended consequences and declare our undying love for Fremantle?

“We must call out for remedial action from a combination of federal, state and local government planning and funding.

“Or is Freo doomed as a city ignored by the Liberals and taken for granted by Labor?”