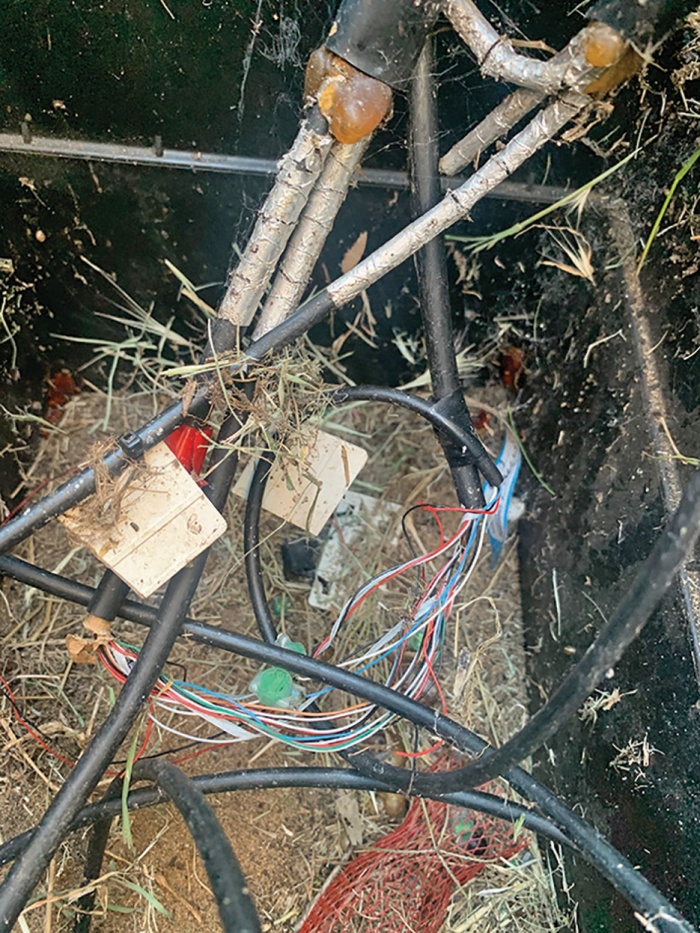 THE omnishambles that delivered Australia the 61st fastest broadband network in the world has left Fremantle and surrounding suburbs stuck with more of the old copper system than just about anywhere else in the country.

Figures gathered by Federal Labor MP Josh Wilson’s office show his Fremantle electorate, with a large part of Cockburn, is still 85 per cent copper. With a jumble of other technologies such as satellite and wireless patching a few black spots together, it leaves just 6 per cent of businesses and households connected to super-fast fibre.

In comparison, Victoria is relying on just a quarter of its old copper network, and NSW is only slightly behind that.

For people like Banjup’s Peter Blackburn and Spearwood’s John Cunai, it’s resulted in unreliable internet that drops out or crawls along so slowly it makes it impossible to work.

“What we have here is a classic case of a huge inequity,” says Mr Cunai, who watched a new sub-division just up the road get fibre last year, but it’d cost him at least $5000 to tap into it.

Mr Cunai said his connection had been particularly bad for the last two years, and after a handful of technicians came and went without anything improving, he decided to tag along as one went from pit to pit.

“The last guy came from iiNet, not the NBN, and he said it was shocking,” Mr Cunai said, adding he was also taken back by the state of the cobwebby pits.

His mood didn’t improve when he got the diagnosis; the copper was so degraded any fix was unlikely to last.

Mr Wilson says while NBN Co’s business model doesn’t include connecting streets like Mr Cunai’s to the fibre nearby, it makes sense given the need to replace the copper anyway and the number of technicians being sent out.

Since the Herald spoke to Mr Cunai, Spearwood has been announced in the next tranche of suburbs to get fibre to the premises, though Mr Wilson notes that’s still likely to be 18 months away.

The “upgrades” bringing fibre closer to homes have also become a political football. Labor describes them as a “backflip” that brings the NBN Network back to where it started under the Rudd Government and before former Liberal communications minister Malcolm Turnbull decided a mix of technologies would be cheaper and just as efficient.

When the Chook prodded NBN Co a year ago on this matter, a frustrated flak catcher denied it was a backflip, saying the upgrades had been planned “all along”, but we did note that in response to this week’s questions fibre to the curb was “adopted … in 2018”.

The overall cost of installing the national network has also ballooned from Mr Turnbull’s initial estimate of $29.5 billion to $51b, although that doesn’t include the $4m for the “upgrades”.

Upgrades won’t do much good for Mr Blackburn over in Banjup, as he and about 50 neighbours around Wolfe Road have to rely on satellite to get and NBN connection.

Mr Blackburn said they can’t even go wireless because there’s no mobile tower nearby, while Telstra doesn’t seem interested in upgrading one further away.

“One would think we are the other side of the black stump, not that we are only 20Klms from Perth CBD and to rub salt into an already non-existent service there are no plans in the next ten years to change it other than satellite NBN,” Mr Blackburn said.

Mr Wilson said it was “simply bizarre” an inner-metro seat like Fremantle had such a hodge-podge system and Labor was committed to addressing the situation.

“It is only fair that the largest and most remote state get a fair go when it comes to this essential 21st century infrastructure,” he said.

“The ridiculous predominance of 19th century copper technology in WA has disadvantaged our state at a time when digital connection has never been more important.

“Only a Labor government will fix the disparity.”

A spokesperson for NBN Co said 1.6 million premises were being upgraded to fibre to the premises (FTTP) nationally, with 18 per cent in WA, including in Atwell, Beaconsfield, Bicton, Coogee, Fremantle, Jandakot South and White Gum Valley.

“Fremantle is also a Business Fibre Zone, which enables businesses within the footprint covering Fremantle, South Fremantle and North Coogee, to order NBN’s premium business grade product, Enterprise Ethernet, at discounted wholesale prices and with no upfront build cost if the customer orders a three year plan through their preferred internet provider.

“The high proportion of FTTN in Western Australia owes to the roll out being so far progressed prior to FTTC being adopted into the rollout plan from April 2018. This enabled customers to access broadband via the NBN network sooner.

“We remain committed to continued investment in the network, pushing fibre deeper into communities, and continuing to enable users to work and be educated from home, access health services, as well as socially connect and stream entertainment.”