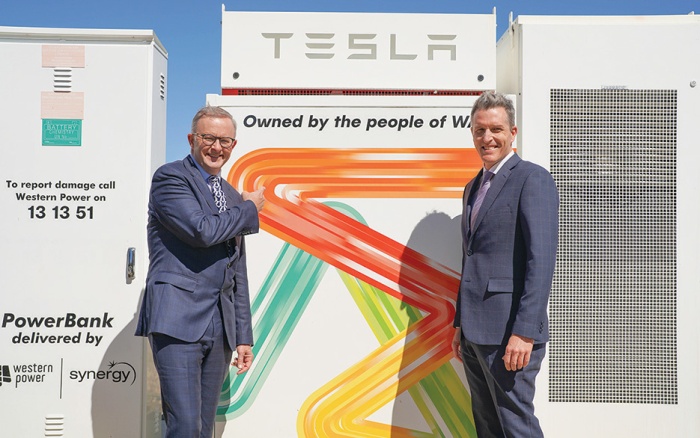 Coogee would get if Labor wins the federal election. Photo supplied

COOGEE would get a huge community battery to help manage its solar energy output if Labor wins the next election.

Opposition leader Anthony Albanese on Thursday made his first bid to woo federal Fremantle voters in the upcoming election by announcing the battery, one of five to be installed across Perth.

More than 40 per cent of Cockburn homes have solar PV, while Cockburn Arc’s array is a massive 901kW system. But the rise of solar has put pressure on the state’s electricity grid, overloading it during daylight hours which makes managing the legacy coal and gas-fired power stations difficult because they’re not supposed to wind up and down too quickly.

Mr Albanese said few people had the capacity to install home batteries and weren’t getting the full benefits of rooftop solar.

Fremantle MP Josh Wilson said households could feed power into the shared battery during the day and draw it out at night, which would help slash their electricity bills and emissions.

“Local households who might be unable to install solar, like renters and people living in apartment, will also be able to draw from excess energy stored in the battery,” Mr Wilson said.