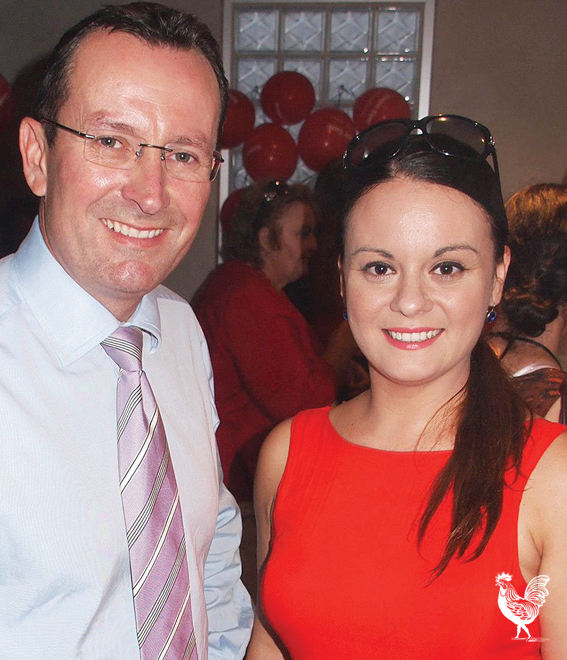 CAMPAIGNS in two key marginal seats have been marred by a series of poster thefts.

Jandakot Labor candidate Klara Andric says someone is so desperate to stop her from toppling Liberal MP Joe Francis in Jandakot that 13 of her election posters were stolen last Sunday night.

Alfred Cove Liberal candidate Dean Nalder is suffering a similar problem, with scores of posters being stolen or vandalised in recent months.

“A week before when a few went missing I thought it was just some random kids, but now I feel it was a targeted raid,” Ms Andric says.

She spent $1500 to hurriedly replace the signs, replacing them in supporters’ front yards throughout Atwell. The poster raids follow the attempted theft of a banner outside her campaign office opposite the Stargate shopping centre.

“We were working late and heard some banging and went outside and saw these kids run to the Atwell shops,” she says. “The A-frame was kicked in an the whole sign was turned to its side.”

Jandakot is one of the most marginal seats in the state, held by Mr Francis by 1.8 per cent.

Last year the Herald reported about 30 signs belonging to Alfred Cove Liberal candidate Dean Nalder had been stolen or smashed.

The problem died down for a while, but in the week before today’s election another slew have gone missing.

“I’ve had five of the large corflutes stolen in a week,” Mr Nalder says.

“They’re not easy to take away, you’d have to have a van or something. Plus numerous little ones have disappeared.

“That’s been interesting for us.”

Fremantle Liberal candidate Matthew Hanssen’s taken a novel approach to tackling the defacing of his posters; at least one’s been swathed in barbed wire.

by BRENDAN FOSTER and DAVID BELL