TALKING to trauma counsellor Angela Ebert (right) is a sobering experience as she reels off the many countries that traumatised people she’s worked with for 30 years come from — it’s a reminder that conflict is not something new.

“I have literally worked with almost every genocide since the Holocaust,” she tells the Herald.

“My work with Latin-American refugees came out of destructive dictatorships like Chile and El Salvador. Then there was South-East Asian countries like Cambodia. The Middle-East was Iran and Iraq.

“I worked in the conflict of the former Yugoslavia and Africa, Somalia and Rwanda.”

Sounding surprisingly sane and upbeat after years of coming face to face with unspeakable acts committed by governments on their own people, Dr Ebert says she’s been buoyed by the resilience of the human spirit in dealing with unimaginable horrors.

Her work of many years was the basis of her PhD: “[It] prompted me to inquire how people come to recover from, at times, unspeakable trauma and lead good lives and make valuable contributions to their new home land Australia.”

What really stood out was the amazing capacity for resilience, she says.

It’s this resilience, and dealing with trauma closer to home that will feature in her talks at Glyde-In — Surviving Trauma: “A message of hope and a reminder of strength–rather than ‘oh it’s awful’,” she says.

Aware her audience will be mostly older people, she says the challenges of ageing present their own trauma: “Things are changing and challenges are coming up.”

Dr Ebert was the founding director of ASeTTS (Australia Service for Survivors of Torture and Trauma), established 17 years ago.

The name highlights the value of refugees as part of the Australian community. “We…viewed it as a way of speaking up against a stance that depicted refugees as a burden to the system, a stance that still can be heard today,” Dr Ebert said then as director.

No longer director, she says Australia needs to step up in the face of the current world situation, with the Middle-East in flames, eastern Europe in conflict and South Asia on tenterhooks.

“I believe we have a responsibility…[but] we have a dialogue of minimising and dismissing suffering.”

The country’s treatment of refugees is inflicting further suffering, Dr Ebert says: “Rather than potentially re-traumatising, can we see them as the assets so many of them have become to their new country.”
Surviving Trauma is on at Glyde-In, in East Fremantle Tuesday March 29, 10–11am. 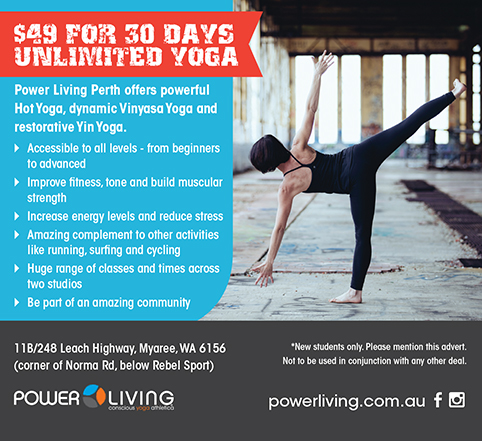