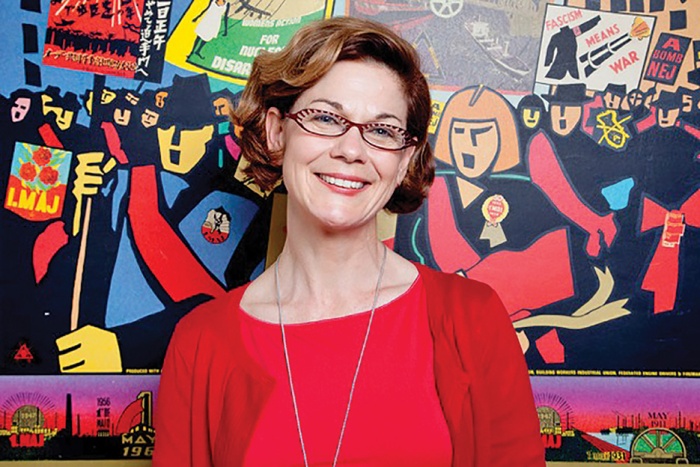 In this week’s THINKING ALLOWED UnionsWA secretary MEREDITH HAMMAT looks back at the origins of May Day and what it means to Australian workers.

“HISTORY is bunk” said US car manufacturer, Henry Ford in 1916.

May Day was founded, in the US, off the back of the eight-hour work day campaign that was led by unions and inspired so many working people.

I believe that limiting the intrusion of work into our lives remains relevant today.

This year May Day in Fremantle (Sunday, May 7, The Esplanade 10 am to 2 pm) we commemorate the largest protests in the recent history of WA — those that were in response to the third wave of workplace laws in 1997.

One was to make it much easier for employers to put working people onto individual contracts.  This began a long process of undermining minimum standards of employment contributing to more job insecurity.

The other related change was to try and lock unions out of workplaces, limiting our right to freedom of association.

Taken together — individual contracts and attempts to limit workplaces access for representatives — meant that many workers were going backwards compared with others.

WA remains the most unequal state in Australia and we have the worst gender pay gap.

While all other states of Australia’s have improved work health and safety, we are standing still with too many work deaths.

So exactly what happened 20 years ago and what lessons are there?

In 1993 the Liberal-National government led by Richard Court was elected and immediately began undermining workplace rights.

This was the first wave of workplace laws in WA.

Buoyed by this success for employers over working people, a second wave of even more radical changes were proposed.

Protests and rallies followed and these changed were withdrawn by the government.  Significantly, at the time of the second wave, a federal election was looming and the Liberal Party nationally applied pressure in WA to withdraw to fight another day.

After the federal election, in late 1996, the Court government was reelected in WA but lost control of the upper house.

However, a quirk in WA is that the members of the old Legislative Council continued to hold their places until May 1997.

This created a window, while the Liberal government had control of both houses of Parliament, for them to quickly drive through the third wave of workplace changes.

So, on April 29, 1997 over 30,000 people marched in protest through the streets of Perth and staged one of the largest rallies in our history.

On the following day, in support of those arrested, thousands again rallied and a sit-in was held on the vacant land around the caravan.

To prevent further arrests a mining lease was taken out on the site and the Workers Embassy was created.

The site was occupied for more than six months and was eventually gifted to the people of WA as Solidarity Park, a place that is still regularly used for many union events and rallies.

After the third wave laws, at the next WA election in 2001, the Court government was defeated. In a case of history repeating, when the Liberals gained control of the federal upper and lower houses after the 2004 national election, John Howard, rammed through his WorkChoices laws.

He was defeated at the next election.

May Day is an important day to remember our history and the long fight we have had to make work well-paid, fair and safe.  Of course, unions are continuing this fight today with our campaigns to protect penalty rates and improve our workplace safety laws.

I hope, like that famous, rich American car maker Ford, that Australia conservative continue to think that history is bunk. Debunking and honouring our history is one of the strengths of the union movement that can help make us stronger.