LONG-TIME, one-time Freo local Ian Alexander is about to shake the port city’s and WA’s foundations once again.

But this time it’s all in the name of fiction. And you’re invited to come along as an innocent bystander.

On Wednesday, July 11 at 7.30pm at the National Hotel, Alexander is set to launch his explosive new book, City of Sharks.

The story is set in Fremantle in 2030 and it’s about a corrupt state government trying to impose massive high-rise upon the rich heritage of the 19th century port. Sound familiar?

But, as you’d expect Fremantle locals are outraged. They want none of it. According to the cheeky author the city at that time is led by a newly elected independent state MP and at the local level by a glamorous bi-sexual mayor who join forces to try and thwart this dastardly plan.

With resonant echoes of the past the story is satirical “to an extent” according to the author, with lots of intrigue, unlikely parliamentary debates, violence, bikies, corrupt cops: the whole kit and caboodle. 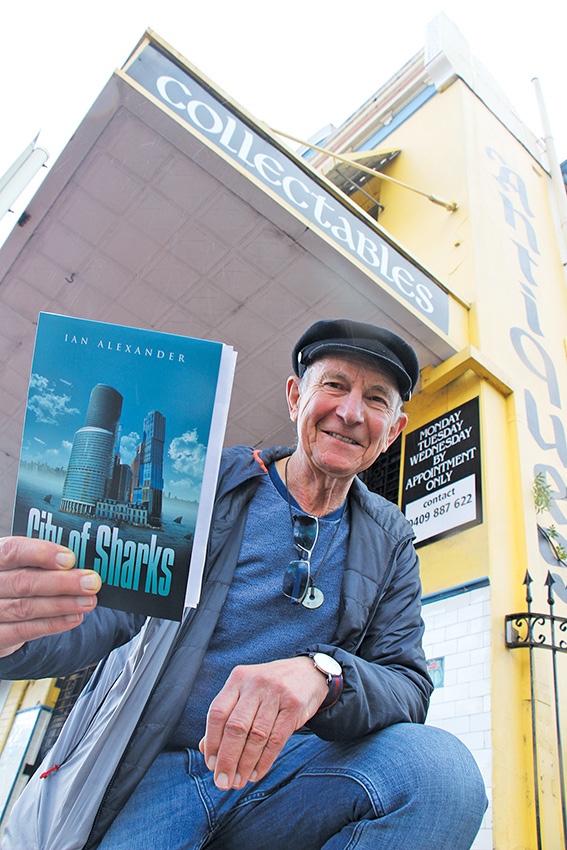 Alexander, a former Perth city councillor (1982 to 1985) and Perth Labor MP (1987 to 1991) has seen a lot of action over the years including a stint heading up the Fremantle Society.

This political experience informs the story-line of the book which has been some 10 years in the writing. It started off “heavy and sermonising” Mr Alexander said, but the more he wrote it took unexpected turns towards a lighter tone. He told the Chook all political memoirs tend to be boring and forgettable and he didn’t want to add to that.

The former political firebrand ‘fessed up that there are a few thinly-disguised characters but he’s confident with the story set well in the future, and the good advice of a lawyer friend, he should escape with some of his nine political lives still intact.

So if you’re up for a light-hearted book launch with a serious backdrop venture out on Wednesday evening for an enjoyable evening amongst like-minded souls.