PAULA AMARAL is a Fremantle resident and a member of the Arts Centre Precinct. In this week’s THINKING ALLOWED she calls for a moratorium on the sale of publicly-owned land, in the wake of Fremantle council selling several car parks, and looking into flogging the Leisure Centre car park and potentially Victoria Hall. She’s even got a petition going if you agree: https://www.change.org/p/fremantle-city-council-publicly-owned-land-in-fremantle-petition

WE are all aware of the rise of homelessness in our streets and the increase in poverty which leads to terrible costs to our society.

Available land near our city centre is at a premium because it is accessible to public transport and walking distance to shops and other amenities.

These are the same reasons why elderly people, people with disabilities, low income earners and young people need to live here as well.

When they are pushed to the outskirts of the city where land is cheap, they are also pushed into more poverty and isolation, because of the financial and social costs of lack of public transport, shops and other amenities.

State government has considerably reduced social housing for many reasons, but is still supportive of growing the community housing sector as a provider of affordable housing. 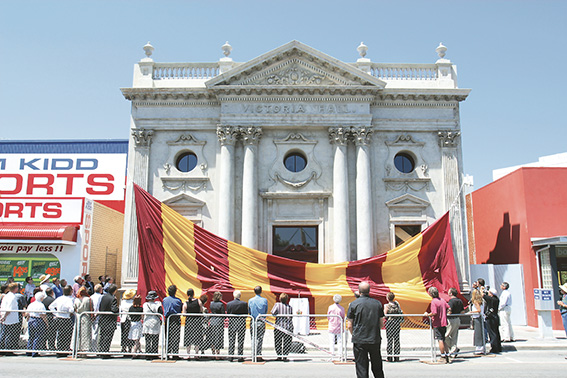 Private developers building with cheaper materials do not sell those houses cheaper and make them more affordable. They just make more profit.

At present our city has a few vacant sites of publicly-owned land, all destined to be sold to private developers.

They used to have mostly social value, but now seem to have only financial value.

Once the land is sold to private developers, it will be lost to the community forever.

These are our assets and we should have a say in whether selling them to private developers is really in the best interests of the community.

I think that we as a community could think of a better use for the land.

We could come up with a model which would see the community retain the ownership of the land while building truly affordable housing on it.

Let’s get creative and ask our governments, state and local, to not rush into a short sighted disposal of our assets, but to engage in a conversation with the community, and make decisions which will contribute to a better more inclusive society.

I believe a moratorium on the sale of publicly-owned land is necessary, to allow our community to have their say.