These comments are the writer’s own and do not necessarily reflect the current opinions and policies
of the Real Estate Institute of Western Australia.

A recent trip to Hobart on REIWA business confirmed to me that the WA property market is grossly under-valued when compared to the eastern states. The hit ABC television series, Rosehaven, starring Logie Award winner, Luke McGregor satrically portrays life in regional Tasmania from the perspective of a parochial real estate agency in a small town. The fictional agency is loosely based on Luke’s dad’s Tasmanian business, a fellow board member of the REIA and when discussing the nation’s house prices, it was somewhat surprising to learn that Perth is now the most affordable capital city in Australia. Perth’s median house price sits at $452,580, units at $348,594. Hobart’s median house price has risen from last place since 2005 to now sit above Perth, Adelaide ($462,177) and Darwin ($464,825) settling at $489,662. 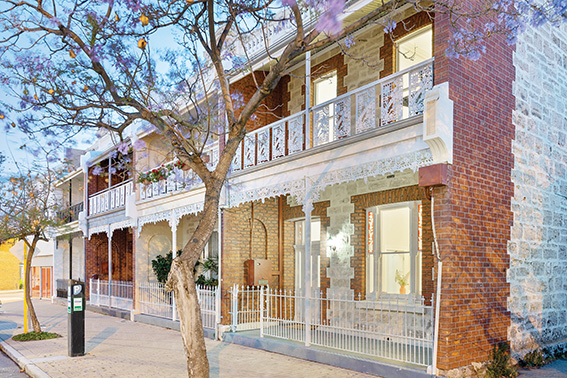 The downturn in Perth’s property values has now been running for 64 months since the June 2014 peak when median house price was $550,000. Historically, previous market downturns in Perth have not lasted this long with the 1989-91 downturn the next longest lasting 31 months when the market fell 8.2 per cent, interest rates were 16 per cent, Australia was in recession and Don Johnson popularised linen suits.

Perth’s property values are fundamentally below market reality. Economically, WA is in pretty good shape. Our population is growing, our share of the GST has returned to fairer levels, we have the second highest wages per capita in Australia, iron ore royalties are pouring in from record levels of mining production and the state government are set to make a surprise surplus. Rents are rising too offering the second highest annual growth behind only Hobart.

It makes no sense that transaction levels are at 30 year lows and that Perth is the cheapest city in Australia to buy a house. Interest rates for home mortgages are at sub-3.5 per cent with first home buyers making up 37 per cent of all housing finance commitments. Investors, meanwhile, are waiting on the side-lines waiting for the market to turn up before committing to buy. Investor loans have fallen close to 80 per cent since 2005 making up only 15 per cent of the mortgage market.

Stock levels have fallen too down 11 per cent on last year, limiting choice for buyers. New homes under construction have fallen away too now sitting at 2001 levels and commencements have halved since 2014.

Make up your own mind but all the numbers, courtesy of Core Logic, are pointing to a property market that should already be in recovery.