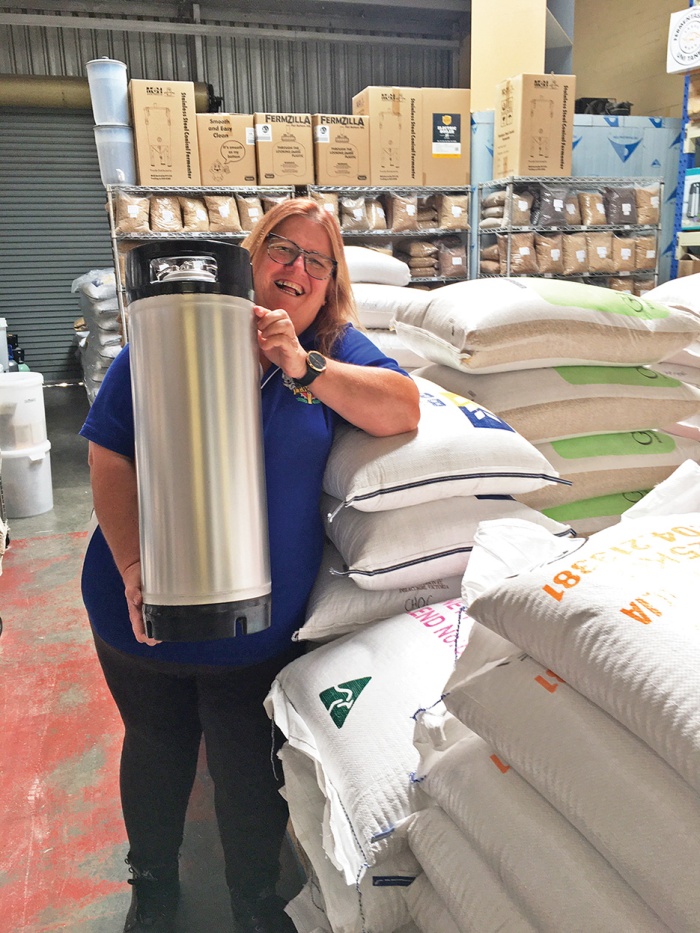 SACKS of grain and stainless steel fermenters jostle for room with brewing paraphernalia and ingredients at TWOC Brewing Supplies.

The Bibra Lake shop opened 27 years ago, long before craft beers and home brewing become popular with the masses.

In the shop’s early days, customers were mainly blokes saving money by making their own, often crude, beer.

“Using a can of concentrate and a bag of sugar,” owner Kim Blackburn says.

The rise of boutique breweries and craft beer has added a new level of sophistication to home brewing.

Some customers have gone the next step, opening their own boutique breweries: “And some have become head brewers around town.”

It dates back to the days of the British Raj, when large quantities of hops were used to preserve the beer when it was shipped from England to India.

“It was very bitter and people got to like that,” Mrs Blackburn says.

Modern varieties of hops are softer and give the beer fruity flavours, making them more accessible.

“We have hops that smell like rock melon and another of passionfruit. There’s citrus and orange.”

The shop also sells the equipment to can your own beer.

The TWOC in the business’name refers to Teena’s World of Craft,  a shop opened by Mrs Blackburn’s mum at the Stock Road Markets 37 years ago.

While the name remains, the business solely focuses on home brewing of beer, wine and spirits.

With grapes ripening, Mrs Blackburn is currently stocking up with everything needed by home vintners for the wine-making season.