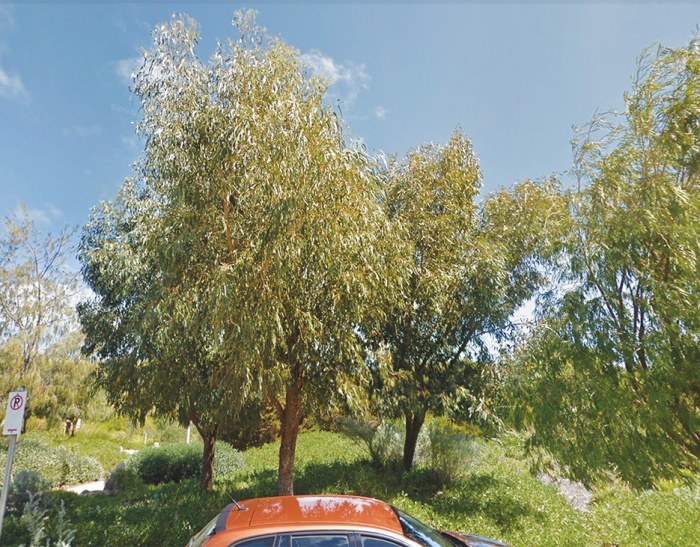 A month after an inspection found the tuarts in rude health, they started dying.

COCKBURN council is refusing to remove a stand of poisoned tuart trees in North Coogee as a punishment for those responsible.

The pair of 10-metre tall trees at Perlinte View in North Coogee were killed in early August last year, a month after being declared healthy by the city’s parks supervisor in a routine inspection.

The trees were planted close to the beach, across the road from the Beachpoint Cafe and a large apartment block.

“Residents have been advised the dead trees will remain in place until they become a safety hazard and then they will be removed,” the council’s environment manager Christopher Beaton said.

“Replacement trees will be planted and should these be poisoned or vandalised, we would seek council support to install signage.”

The council appointed an arborist to assess the trees after their death; he reported holes had been drilled into the base, evidently so poison could be poured in.

The tuarts (also known as tooarts) only grow along a 400 kilometre band from Jurien Bay to Busselton in Western Australia and are becoming endangered on the Swan Coastal Plain.

The destruction of trees on public land isn’t uncommon in WA, with homeowners using chainsaws, axes and poison to protect their views and councils forking out thousands each year to repair the damage.

Cockburn was also targeted in August 2018 by a similar tree poisoning in Marshwood Retreat, Coolbellup, while recently, an Alfred Cove resident was fined $750 and ordered to pay restitution of $1475 after being caught on CCTV damaging vegetation across the road from his riverside home.

However, it is rare for culprits to be caught or fined because evidence is near impossible to obtain unless they are caught in the act.

“The city has limited capacity to perform inspections of all the trees within the municipality. However, the city has an inspection program for significant trees within parks and streetscapes; highly patronised areas,” said Cockburn’s parks and environment manager Anton Lees.

There’s also no specific charge under the Criminal Code for tree vandalism.

“Vandalism of trees are normally matter for councils under Local Government Act (1995) for unauthorised persons to prune, remove or otherwise deal with any tree which is under the care, control or management of the city,” said Police research governance coordinator Lester D’Cruze.

Mr Beaton said the death of the tuarts would be treated as malicious and the council would seek to prosecute. The fine could be several thousand dollars.