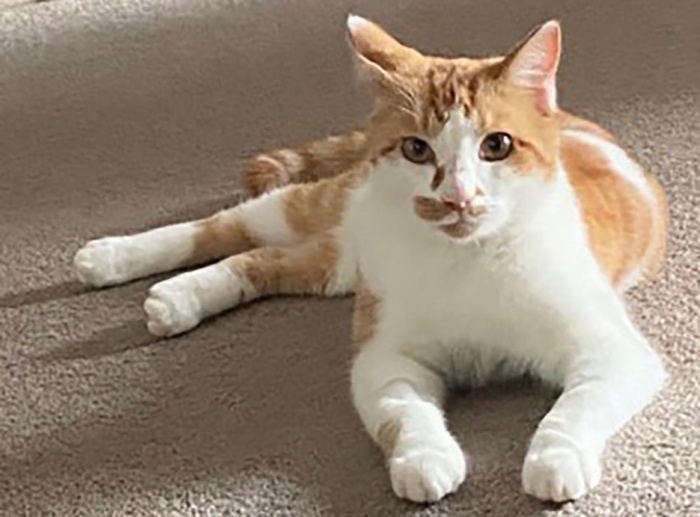 Malcolm’s a gorgeous moggie up for adoption at Cat Haven WA – but make sure he’s not a passing fad.

ANIMAL rescue centres have reported a spike in pet adoptions linked to the coronavirus pandemic but fear a “flood” of people giving up pets after losing jobs or returning to the office.

With people forced to spend more time at home, many have adopted a pet for companionship; Cat Haven WA reported an unprecedented 110 adoptions in one week during April.

At the same time the shelter took in 91 cats, with 27 being owner surrenders, 46 strays, 11 from councils and 7 returned after adoptions didn’t stick.

The haven has also seen a rise in people needing to find emergency housing for their cats after becoming homeless or victims of domestic violence.

Cat Haven CEO Roz Robinson worries about what happens next.

“We are now bracing for the flood of surrenders as more and more people are stood down or lose their jobs,” Ms Robinson said.

While demand grows, Ms Robinson said the rescue centre had been forced to cancel or postpone many of its main fundraising events.

Income from its cat boarding service had also collapsed as people’s holiday plans were cancelled by travel restrictions.

Despite these difficulties, and trying to run a centre while following social distancing rules, the haven had stayed open as an “essential service providing hope for people and cats” during the pandemic, she said.

Adoption appointments were by appointment only, staff numbers were reduced and many cats were sent off to temporary foster homes.

RSPCA chief executive Michelle Robertson told ABC Radio she was concerned people were simply adopting cats out of “boredom” and would give them up once the novelty wore off.

Lynda Macpherson has fostered cats for years and has given away four cats to new homes in this month.

“It is just so great to see people sharing the same love I have for cats in such a strange time in our lives,” Ms Macpherson said.

“If these cats are treated right, then they can become the perfect companion for isolation and everyday life.”

Foster carer Jenny Della-Vedova lives alone and said her temporary feline companion Waves “has made isolation so much easier”, bringing her joy every day.

by BRIANNA GOLDSWORTHY and LACHLAN BRENNAN