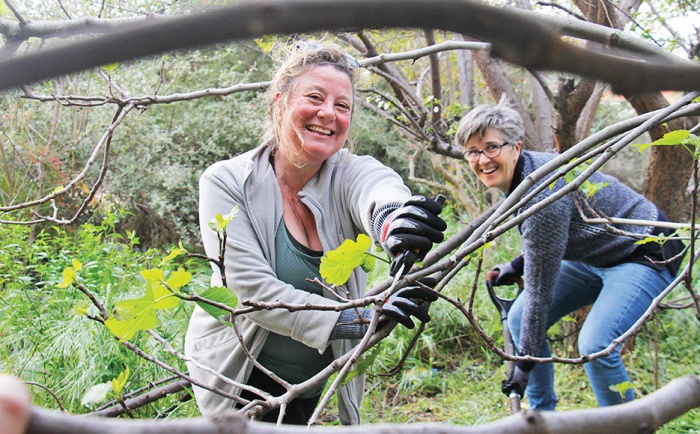 BEACONSFIELD’S precinct group is showing some green shoots after a long dormancy, with a funky rebranding and a project to bring a community garden back up to scratch.

The precinct recently held a community picnic to get ideas from residents about what they’d like to see happening in their suburb.

A community garden was a common wish, says Maggie Armstrong, who soon found herself co-opted onto an organising committee.

Ms Armstrong said when the committee was casting around for a suitable site, they discovered there was already one in Annie Street being held together by a lone volunteer desperate for some help.

So this coming Saturday October 17, they’re calling for green thumbs to pitch in with some weeding and planting to give the site a new lease of life.

The garden is at Winterfold Primary School on Annie Street and was a project sparked by an earlier generation of the precinct about 15 years ago, who wanted to transform a sump into a space to share with the school. It was almost derailed by over-zealous engineers at Freo council who suggested drains across the school’s oval rather than cover the sump, but former mayor Peter Tagliaferri stepped in to rescue the project.

Now students have their own planting beds, while a bush tucker garden is a recent addition.

Ms Armstrong says they plan to go slowly, but she hopes the garden can eventually be expanded so that families can have their own plots to grow fruit and vegies.

The precinct’s rebranding has also seen it renamed Beacy Web.

Co-convenor Carissa Toy Péché says the new name aimed to reflect the many threads that make up a community and hold them together.

The planting and planning day on Saturday is being held from 9-10.30am and includes morning tea. For more information contact Ms Toy Péché on 0422 918 294.