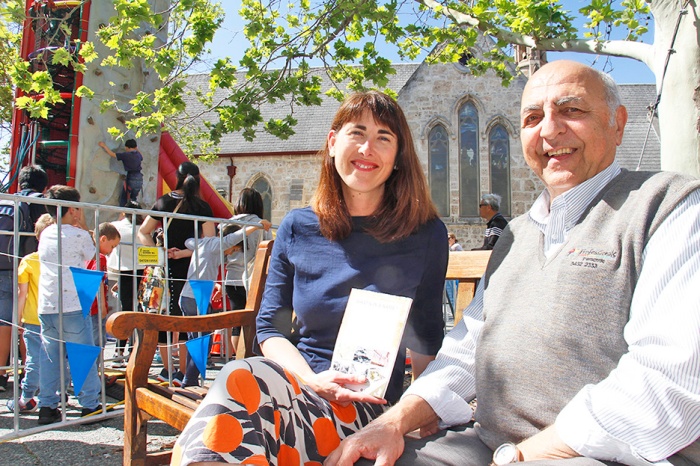 THE renaming of Kings Square moved to the next phase this week, with Fremantle council launching its public consultation – and John Curtin Square is apparently trending early.

In February this year the council voted to rename the square after discussing a list of Noongar names with local elders and the South West Aboriginal Land and Sea Council.

Mayor Brad Pettitt said it “was in the spirit of our Walyalup Reconciliation Action Plan and the state-wide Aboriginal Place Names Initiative to preserve and reawaken local Aboriginal languages”.

Staff initially recommended councillors adopt Midgegooroo Square after the Noongar leader, but finance, policy, operations and legislations committee chair Hannah Fitzhardinge hosed that down and called for consultation to allow a range of names to be put forward by the community for consideration.

“We want to make sure the name is one that reflects the views of our community,” Cr Fitzhardinge said.

The WAFL grand final in Freo has led to a flurry of footy-related names, she said, including Pavlich Piazza. There’s also been a push to have the city’s Italian heritage recognised.

Cr Fitzhardinge says Midgegooroo Square still has many supporters, and while one aim of a Noongar name was to be educative, she acknowledges there are fears it may be too much of a mouthful for visitors.

“I like Manjaree, which means a place where people come together and trade, and that’s exactly what a civic square is about,” she said.

Once a long-list has emerged, it will be run past a steering committee with representatives from the council, Sirona Capital, St John’s Church, the Department of Communities and Fremantle Chamber of Commerce.

Cr Fitzhardinge said the council hoped to have the name sorted in time for the square’s expected opening around March/April next year.

“Please go to Have My Say on Fremantle council’s website and have your say on this sickening ideology in a world famous heritage town,” Mr Dowson urged members in an e-letter.

LITTLE is known about Midgegooroo prior to European settlement, though he was clearly the leader of a kinship group who’s territory stretched south of the Swan River from the ocean to the Canning River.

His main hearth appears to have been around Blackwall Reach and he had at least two wives, one named Ganiup. Wikipedia lists his four sons as Yagan, Narral, Billy and Willim, however settler George Fletcher Moore listed “Naral” and “Willim” as Yagan’s sons in an account of one of his numerous meetings with him.

His first appearance in European records has been tentatively put at May 1830, when an older Noongar was reported to have been beaten by a military detachment after being found plucking a couple of turkeys taken from a farm.

A day later farmer JR Phillips was injured in an attack near Kelmscott, with some conjecture this might have been payback for the previous days’ beating.

Midgegooroo continued to have fractious relations with the new arrivals on his land, reportedly throwing a spear at businessman Lionel Samson’s servant James Lacey in early 1831 when he was unhappy with the number of biscuits he had been given.

A few weeks later, the tensions exploded following the shooting near Point Walter of a Noongar man who had been taking potatoes from a farmer’s field. Midgegooroo and Yagan attacked the farm and killed

a servant, whose son gave a graphic account to the Coroner’s court of the elder bringing his father to the ground with a spear, and his wife finishing him off with an axe.

“My father had always been good to Midgegooroo’s tribe, and on good terms with them,” the boy said.

There are conflicting accounts of the next major confrontation between the two groups, which led to Midgegooroo and Yagan being declared outlaws.

William Chidlow claimed to have been in a party that shot one of the pair’s kin, Domjum, while he was breaking into the stores of a Mr Downing. According to this account the enraged father and son took their vengeance out on two brothers John and Thomas Velvick near the Canning River the next day.

But George Fletcher Moore, who was friendly with Yagan, gives a different perspective.

“Some time ago, a man who had come from Van Diemen’s Land, when escorting a cart to the house of Mr Phillips, on the Canning, saw some unoffending natives in the way. “Damn the rascals,” said he, “I’ll show you how we treat them in Van Diemen’s Land” and immediately fired on them,” Fletcher Moore wrote.

“That very cart, with the two men (the Velvick brothers) who had been present at the transaction, was passing near the same spot the day before yesterday, when they were met by about fifty natives, who had lain in ambush, and the two men were deprived of life so suddenly, that Mr Phillips (two hundred yards behind) was hardly in time to see Ya-gan thrust a spear into one of them as he lay on the ground.”

These deaths have since then prompted much debate on whether Midgegooroo and his son were starting an armed resistance or simply following the well-established rules of payback that had been part of their culture for aeons.

It was something they would never get the opportunity to clear up.

Midgegooroo was captured on May 17 and five days later he was executed by order of the colony’s acting administrator Frederick Irwin.

There has been speculation that Midgegooroo’s body was hung from the jail as a warning to other Noongar after his death, however evidence recently unearthed by the Herald may put that to rest.

The story seems to have come from the “Reminiscences of Mrs Edward Shenton” published in Early Days in 1927, but she had been relating her mother’s memories as a 10-year-old.

“My mother remembers seeing Midgegooroo hanging on the tree as she passed on her way from Government House, where she went every day to be educated with the governor, Sir James Stirling’s child,” Ms Shenton wrote.

But minutes of a special meeting of the Agricultural Society, unearthed by the Herald, may put that to rest.

“A party of resurrection men – novel characters to us – in the course of Wednesday night, made an attempt to remove the body of Midgegooroo, but being surprised in the fact, by the sentry, they were compelled to fill the hole up again,” the society reported just two days after his execution.

Resurrection men were grave robbers; the practice was at chronic levels in England at the time, with graveyard battles between mourners and thieves, who’d make a pretty penny selling cadavers to medical schools.

‘Exotic’ specimens such as Midgegooroo’s, particularly with his prominent bump, would have earned them a bonus.