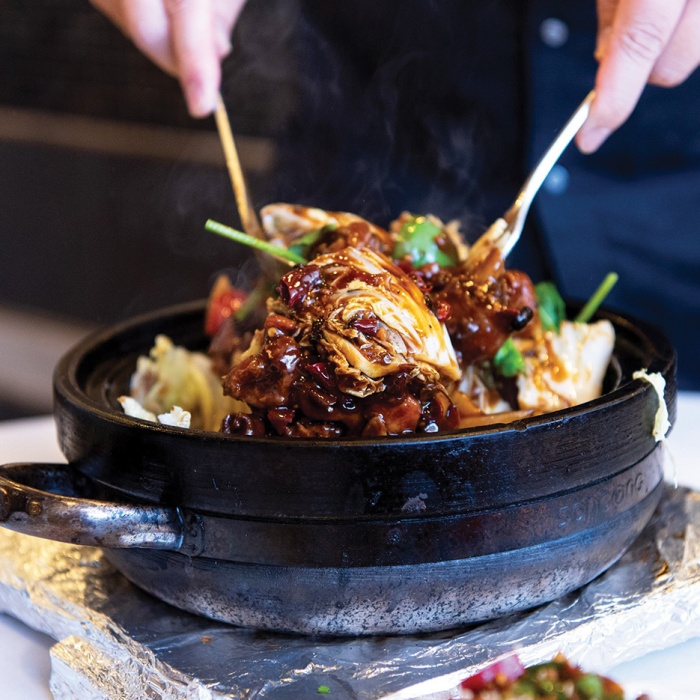 REMEMBER when your mum would ask “Were your eyes bigger than your stomach”?

The thing is my stomach seems to have infinite capacity – especially when it comes to dumplings.

The Emperor’s Kitchen in Leeming has been a family favourite for many years.

We stopped making the trip to Northbridge as soon as we discovered this little gem.

It’s also been a handy location for end of semester celebrations with Murdoch Uni colleagues.

You know you’re in good hands when eating in a Chinese restaurant full of folk who appear to be of Chinese ancestry.

Being a family favourite, the Emperor’s Kitchen is also the scene of many crimes.

Like the time the ‘ex’ took my daughter and my replacement to lunch there.

Apparently the owner nearly dropped the tea pot when the replacement turned around and he realised it wasn’t me.

Sadly, he’s not there anymore as the restaurant changed hands a couple of years ago.

The new owners have spruced it up somewhat but left the menu as is. They also offer a full Cantonese menu.

For most folks, $50 will cover yum cha for two, but this little piglet never seems to get out with change of $70 because those prawn and chive dumplings ($8.80) are sensational.

You can select from the trolleys and trays, but I always order a serve of kai-lan with oyster sauce from the kitchen ($11.80) because it feels a little virtuous and a little roughage goes a long way.

This might be my only criticism: the large serve was way too much roughage and there isn’t a smaller option.

Also, I suggest you order the fried squid, rather than waiting for it to come around. That way it’s hot and crunchy straight from the kitchen. And don’t forget the chilli oil, it’s not homemade but still a delicious necessity.

We were probably only on our third or fourth steamer basket of dumplings when my dining buddy Gaby leaned back and declared, “I’m full”.

Seeing the look of panic on my face she added, ”But that doesn’t mean I’ll stop eating”.

So, on we went. I’d like to tell you how many different dishes we tried but I’d be lying, we just kept on eating those prawn and chive dumplings.

Gaby managed to steer me out before I could order their excellent mango pudding, or their equally delicious coconut jelly. I also think their custard tarts beat Fremantle’s Portuguese version, but I may have to leave town now.

They’ve also got a restaurant at Carousel in Canning Vale.