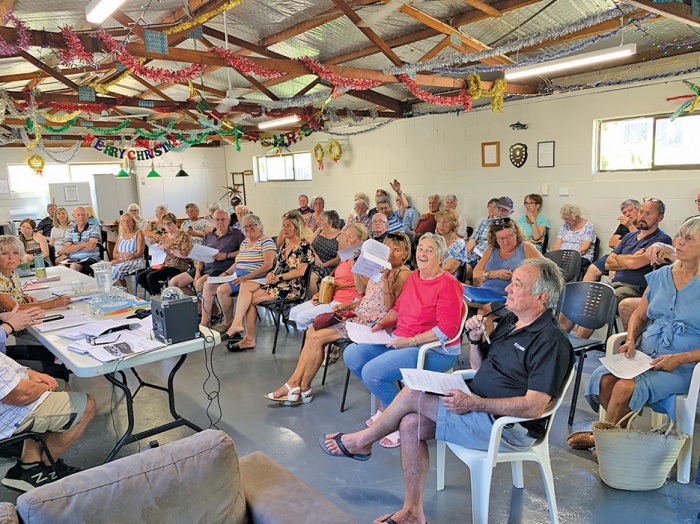 ELDERLY residents living in the Coogee Beach Caravan Park hold grave fears for their future after the company which runs the site effectively blocked the sale of a home.

Discovery Parks currently leases the park from Cockburn council and has secret plans for a redevelopment once it secures long-term tenure through a new agreement.

That has residents on the park’s beach side deeply worried they’ll be kicked out; many are in their 80s and 90s and were banking on being able to sell their homes in the next few years to pay for a move into a nursing home.

About 50 residents from the park liaison committee met with the council’s acting CEO Daniel Arndt on Tuesday morning to find out why Discovery Parks had interfered in the sale and how it might affect their own plans.

The owner of the affected home told the Herald that after having it on the market for about four years, she finally found a prospective buyer in 2019 and received a $20,000 deposit.

But an email from Discovery Parks’ Adelaide-based regional operations manager David Temby on December 3 to her real estate agent killed off the deal.

“As we have not yet received an extension to our lease on the property, we’re unable to complete our master planning for the park to determine exactly what it may look like into the future,” Mr Temby wrote.

“This of course doesn’t prevent the sale of your client’s asset, but it does mean that if it were to be sold it would have to be removed from the park.”

With that condition on the sale, the potential buyer backed out and Sheila had to repay the deposit.

She says following the death of her husband shortly after they purchased the home, she’d become lonely and was hoping to move back over east to spend her last years living near her brother.

At Tuesday’s meeting, committee chair Peter Newsome argued that when Discovery Parks took over the site from Aspen around five years ago, existing periodic tenancies were simply carried over which should have allowed Sheila

to simply sign the existing conditions over to the new owner.

“This is something that Discovery Parks have put a line right through and said ‘no, this is not happening’,” Mr Newsome said.

Mr Arndt said while the council owned the site and was negotiating a new lease with the company, “we don’t interfere in how they operate” and there was limited scope to discuss individual tenancies.

Mr Arndt said Discovery Parks’ lease runs out in June 22, but following a nation-wide advertising campaign 12 months ago, the company had been re-affirmed as the preferred lessee. The council is within weeks of signing a heads of agreement to terminate the lease early and enter a new one which could be for 21 years with a 21-year option.

“Discovery Parks offered the best options for the council both for the future of the park and also the financial return to the council,” Mr Arndt said.

“Also we have had discussions about their purchase of the lease at Woodman Point [Caravan Park] and their idea is to operate both in conjunction.

“I do know the lease at Woodman Point, which is with the Department [of Biodiversity, Conservation and Attractions], has been increased in capacity, but whether or not that fits with Coogee Beach I an not privy to that.”

“In the heads of agreement, does it say they have to look after the people who have lived here for 30 years,” one grey-haired lady asked.

The answer was “no”. The Herald attempted to contact Mr Temby but instead received an unattributed statement from a spokesperson of Discovery Parks’ head company G’Day Group.

The statement said Coogee Beach was one the company’s most beautiful properties but had the potential to be “an even more appealing tourism drawcard through investment in upgrades to the property.

“If approved, the development may impact some of the tenancies within the park.

“We understand this is concerning to residents, and have communicated transparently about our intentions wherever possible.

“We also have an obligation to inform incoming tenants and potential purchasers of the possible development plans at the property.

“We understand the current pre-development status causes complications and frustrations for tenants who are looking to sell their abodes.”

One of the tenants on the beach side, who’d been told to carry out “temporary” maintenance work on her property without explanation why, said “they have not been transparent, they have not kept us in the loop”.