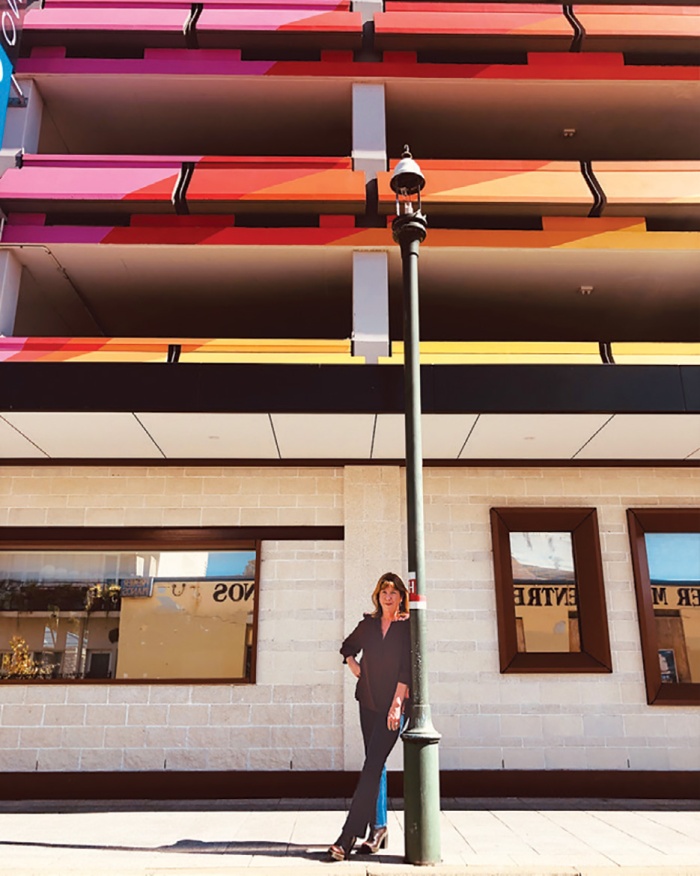 FREMANTLE council will have to pay $400,000 a year for staff parking if they move into the city’s new admin centre, so they should just stay at Fremantle Oval, says mayoral candidate Adele Carles.

Ms Carles has used the council’s sale of the Queensgate carpark to developer Sirona to push her plan to repurpose the Walyalup Civic Centre to a major Aboriginal cultural centre.

“By selling the carpark, it lost the future income streams and lost the free staff parking,” Ms Carles said.

“This decision to sell the Queensgate carpark was a financial disaster for Fremantle,” she said.

“Not only did the council sell it cheap without a public tender process, it failed to factor in the real future income streams it stood to lose.

“Based on the Collie Street car bay values, the Queensgate carpark may now be worth closer to $70m, yet council sold it for just $16m.

“Ratepayers will never be able to afford to replace the Queensgate carpark.

“It’s gone forever and so has the free parking option for staff and the future parking revenue for the remaining bays.

“The financial incompetence is breathtaking.”

Ms Carles said the council had consistently ignored a 2018 auditor’s warning that it was living beyond its means, which had led the 2020 financial ratios “falling off a cliff”.

“Waltzing into the admin centre and expecting ratepayers to pay the $20m mortgage is simply not fair.

“The building needs to pay for itself which is why I’m talking about repurposing it into a tourism drawcard, like a world class Aboriginal cultural centre.”