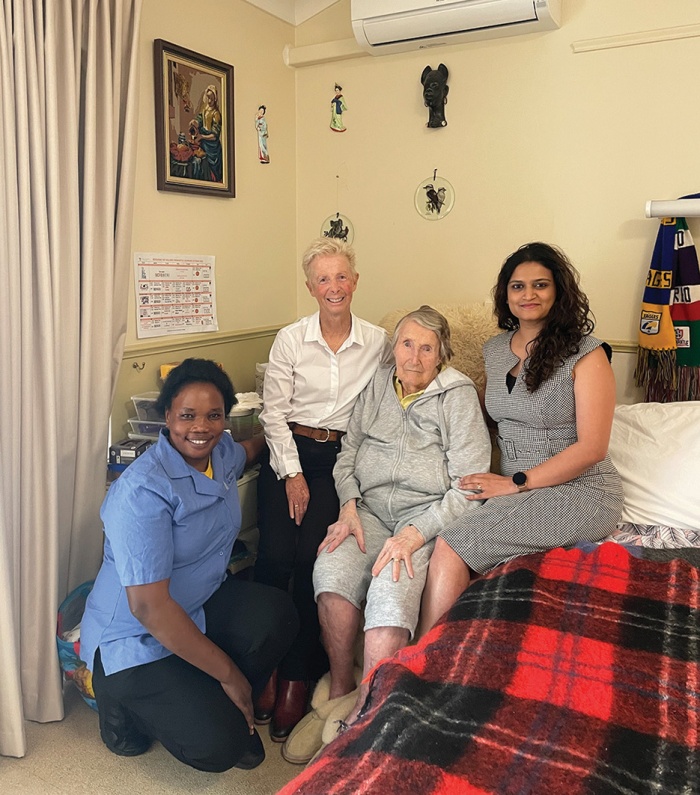 LABOUR shortages in the aged care sector may place Western Australians in jeopardy if borders are reopened too early, says the managing director of Fremantle facility Residency by Dillons.

“It’s not the sort of job many Australians want to do,” Ms Dillon said.

On top of staffing issues, the pandemic has created a large strain on the aged care system, with residents of aged-care facilities contributing to nearly one third of all Covid-19 deaths in Australia.

“That was more so last year, but we’re not out of the woods yet.”

Following the initial outbreak in 2020, Australia had one of the highest rates of death in residential aged-care as a proportion of total Covid deaths from around the world.

Ms Dillon believes the reopening of the borders needs to be a measured approach due to the staffing shortages.

“A hard border means that the incidences of transmission are very small and it’s good that the premier jumps on it,” Ms Dillon said.

“We need more staff.” Australia’s aged care sector is below world standards, highlighted by the Royal Commission into aged-care, and Covid-19 has only worsened the situation.

Ms Dillon said her staff were always about Covid affecting a resident, as it would be devastating to the facility.

“They are the most vulnerable cohort, they’re the sickest, they are elderly, their ability to recover is very difficult.”

With just over 50 per cent of the Western Australian population fully vaccinated against the virus, border restrictions still play a significant role in ensuring aged care residents remain protected.

“I don’t know whether, as a community here in Western Australia, we do actually understand that,” she said.

“We will need 17, 000 more direct aged-care workers each year in the next decade just to meet the basic standards of care,” Mr Ball said.

When asked on whether she thought it was safe for her residents to live with open borders, Ms Dillon said Western Australia needs to keep the conversation going on the health risk associated with people in aged care.

“Over the next 12 months, when we get to a very high vaccination rate, changes will occur, but it needs to be measured, we need resources.

“We need to pay attention to our own health and look after each other.”