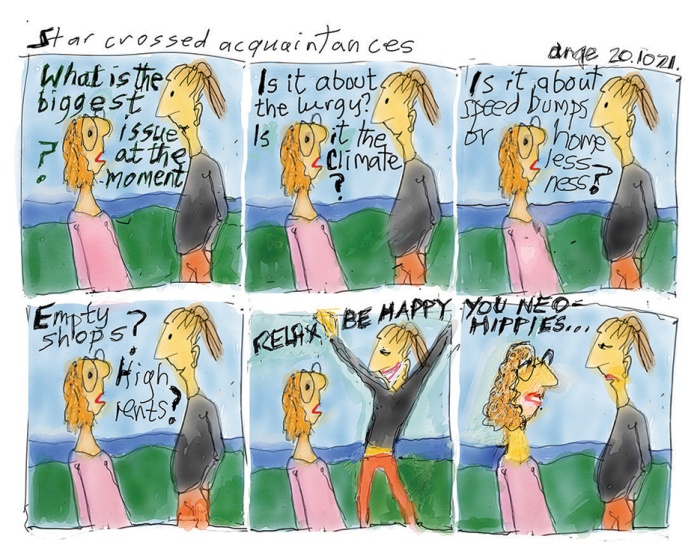 TO the new Mayor and Councillors of Fremantle. Fremantle is alive but not very well.

Like many suburban and regional centres it cannot continue to survive in the 21st century by relying on traditional shops and services in the digital on-line market world.

Introducing government offices into regional centres helps, but its an artifice that might not be sustainable in the long run.

Fremantle has one huge natural advantage over other regional centres: it’s waterfront! Why don’t we use it?

Victoria Quay with its water vista, the passing parade of boats and yachts and the romance of ships and shipping is the key to attracting visitors and customers to the city.

But like many 19th century ports the city has resolutely turned its back on the waterfront. A few steps have been taken but with little co-ordination and vision. The Maritime Museum is a long walk. The new bar/restaurant is also a distant destination from the station and the city centre.

Councillors, it’s time to properly connect the city with its waterfront in order to capitalise on its attraction and to strongly link the traditional city centre with Victoria Quay. The shortest and most legible route is needed!

The obvious direct walkable link is via the Fremantle Railway Station, modified to permit pedestrian access both north, to the quayside and south to the traditional city centre via busy Queen and Market Streets. Yes, needs some changes to the train platform and bus station, but I think easily engineered.

Establishing the ease of people movement to the waterfront then enables so much to be done to enhance the quayside experience and activity – all within easy reciprocal access to the city centre.

I suggest this should be priority one for our new mayor and councillors?

PROMISING a magic wand for long-term problems. Telling only part of the story. Looking backwards with platitudes. These tactics won votes in the Fremantle council elections, but not nearly enough.

The brilliant meet-the-voter listening campaign from Hannah Fitzhardinge sank the other contenders and confirmed that our new mayor will tackle challenges through wide collaboration.

But the outlook is good. The new council seems up to the task and mayor Fitzhardinge has a thoughtful set of policies and approaches (on her website).

Hard yards for renewal and reinvention have been done by previous councils led by Brad Pettitt. Our spectacular Walyalup Civic Centre is next to renovated offices with 1700 new workers, and the intriguing FOMO retail complex is opening soon. (Ten-pin bowling anyone?) Hundreds more inner-city residences have been built.

In a solid 21/22 budget, suburbs will get extra attention with a whopping $13 million going to roads and footpaths etc, and $10m for parks and recreation.

How can you help? Shop in Freo.