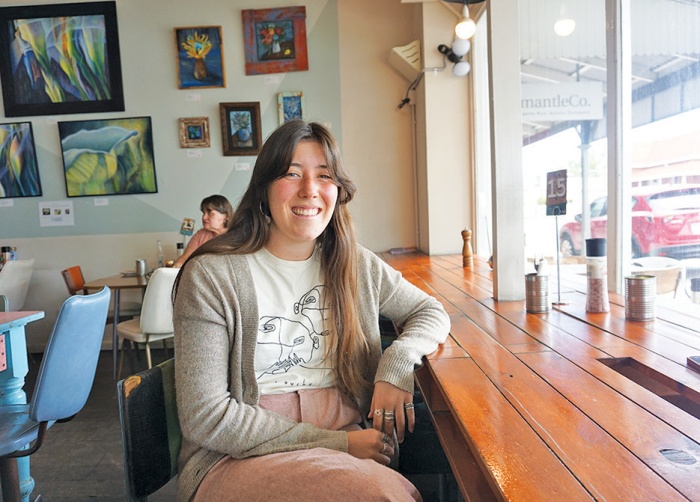 AS the global COP26 Climate Change Conference wraps up in Glasgow, Fremantle climate campaigner Jemima Williamson-Wong has urged voters not to forget Australia’s “embarrassing” performance at the next federal election.

Ms Williamson-Wong, an online facilitator for Melbourne-based not-for-profit Climate for Change, says the Morrison government needs a “kick up the bum” for turning up to Glasgow with a flimsy net zero plan for 2050 that’s reliant on unproven technologies and has no improvement on existing 2036 targets.

“It would be helpful if we had a government that was reflective of Australians who want climate action,” Ms Williamson-Wong said, “but given that we don’t, we really have to engage with policymakers, and say, ‘Hey!

I want you to vote on climate action’.

“The truth is, no matter how many individuals are doing things on a personal level, we’re not going to get the change we need.

“I hope they realise that we do not have time.”

Judgement on Australia’s plan reached as far as the UK, where Tory government advisor Lord Deben labelled it “a great disappointment to the rest of the world”.

“It appeared your prime minister really doesn’t understand the urgency of what we have to do,” Lord Deben told the ABC.

Engaging with the climate crisis can be overwhelming, but Ms Williamson-Wong says connecting with a community’s emotions rather than just discussing statistics is an effective way of engaging in action, which is why she’s passionate about facilitating conversation.

She wants to keep that discussion going until the federal election, which must be a “climate election”.

“We know that people haven’t been voting on climate in the last elections,” said the 19-year-old, who’s not politically affiliated.

Ms Williamson-Wong has also written a book and runs an Instagram account based around Freo – @ourclimateconnection, which she uses as a platform to facilitate conversations and connect people with the climate crisis.

Notre Dame senior political lecturer Martin Drum says with the election likely to be four months away, there was plenty of time for non-COP issues to dominate the headlines.

Dr Drum says climate has been an election issue previously, although often as a weapon, such as former PM Tony Abbott’s “Whyalla wipeout” campaign against carbon credits when he was still in opposition.

He predicts something of a status quo in WA following the next election, saying hard border issues are likely to peter out as the state opens up, and the debate is likely to shift more towards managing the post-pandemic economy.

Dr Drum also notes that Labor is yet to produce its own plan to reduce carbon emissions and if Ms Williamson-Wong’s cohort are successful in keeping the climate on the agenda, it will have to put something on the table for debate. This was unlikely to really satisfy the environment-conscious Freo electorate as it would also be tailored to not upsetting other areas where the topic is not as hot.