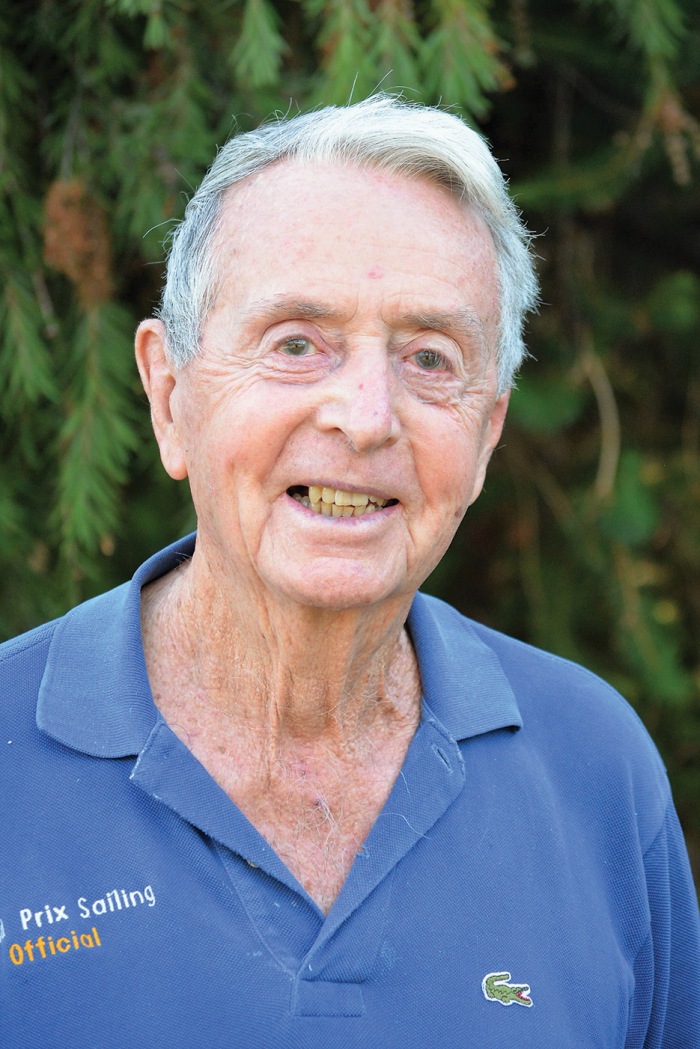 Kevin Owens’ commitment to sailing over eight decades has earned him an AM in the 2022 Australia Day honours.

WHEN Kevin Owens took his first boat trip on the Swan River, Winston Churchill had just declared war on Germany.

But it sparked in him a love for the sport and the river that endured the following 80 years and has seen him awarded a Member of the Order of Australia (AM) in the 2022 Australia Day honours.

Mr Owens, just weeks shy of his 91st birthday, still recalls his first outings on a home made boat constructed by his cousins, one who worked for a coach builder and the other for an upholstering firm.

“The coach builder built the frame and the upholsterer supplied the hessian and we used a lime wash and started up at the old Causeway – not the new one,” Mr Owens said.

“If your footing was a bit out, you put your foot through the hessian.”

His father bought a powerboat and joined the Perth Flying Squadron at the foot of William Street in the CBD, where Mr Owens because its first junior. It was the first of several clubs he joined through the years, and it was has commitment to the behind-the-scenes and often unheralded committee work that earned him the Australia Day honours.

Mr Owens’ father purchased the youngster’s first yacht from a US naval officer in Fremantle, but he said the transition from power to sail was not easy.

“I spent more time upside-down than right-side-up,” he laughs.

The US officer must have thought he had some good trade going; on a return trip to Fremantle after Japan joined the war, he sold the pair another yacht.

After the war Mr Owens started crewing for other sailors, including champions such as Australia’s first Olympic sailing medallist Rolly Tasker and Jack Cassidy and joined the Mounts Bay Sailing Club.

But soon he and another sailing icon, Ray Lynch, found the river was getting too congested so they moved to the Fremantle Sailing Club, where he’s still a member and gets the occasional request for advice from the top brass despite no longer having an official role.

He’s bemused by another peculiarity of modern yachting.

“At Fremantle Sailing Club they’ve got 800 pens and they’re all full, but more than half the boats don’t get used,” he said.

He says partly that’s to do with having to work to pay for the boats, which are mostly carbon fibre and therefore more expensive than the heavy wooden boats he grew up with.

It’s also spelt the end of another great tradition.

“These days they do three, four or five races in a day, but before then we used to do what was called the Bricklanding race, and it was on Saturday and would take us from one in the afternoon to about 6 o’clock.

“Afterwards we’d go to one of the dance halls in Perth – there were six beautiful dance halls – and you’d start talking to some girl and invite her to go sailing on Sunday.

“Boats these days are expensive and fragile, so they only use them for racing.”

Despite changes that have seen the prawns, professional fishermen and most of the bigger fish disappear, he still goes out crabbing on the river and says it’s still got a charm.

“The Swan is still beautiful; there’s not too many rivers in the world like it when you look at Melville Waters and how big that it is – some cities have them and they’re not much more than drains.