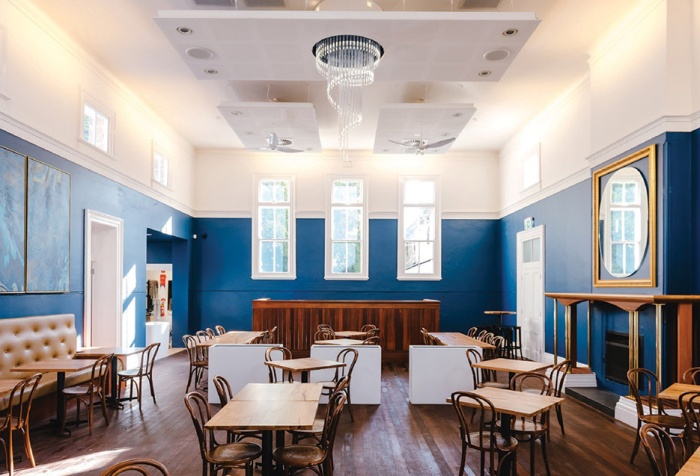 IT seems Alan Bond was up to skullduggery from a young age.

On the walls of the Old Courthouse venue in Fremantle is a press clipping from 1956 detailing how an 18-year-old Bond was in Fremantle Court for two charges of having been unlawfully on premises, with a witness describing how he tried to force open a window after no one answered the door.

Mr Bond, then a signwriter living in Quarry Street, was put on a 25 pounds good behaviour bond for six months.

The press clipping is just one of the fascinating historical tidbits in the redeveloped old courthouse.

The developers have done a fantastic job of acknowledging the building’s past and around every corner is an entertaining and interactive slice of history.

Highlights includes a rogues gallery of people convicted in the courthouse at the turn of the 20th century.

There’s a photo of James Shackleton who was prosecuted for “Driving a horse and cart while under the influence”, and George Williams for “Being of evil fame”.

It seems that even in death, these poor fellows are destined to be remembered for their crimes in some Twilight Zone version of posterity.

Beside the gallery you can take your own mug shot in front of a height chart, while holding a placard with a humorous ‘crime’ on it.

The fun continues in the stunning main bar (old courtroom) which has a six-metre high ceiling and stylish windows.

Here you can stand in the original dock from 1899 and pose beside the neon “Don’t judge me!” sign (surely destined to become an Instagram favourite).

On the walls are huge, dignified paintings of former judges who served at the courthouse, complete with plaques and QR codes.

Some were known for their fire and brimstone approach, others for their good nature and clemency.

The amazing history continues in the hallway, where there is a framed, mouldering copy of The West Australian from February 7 1899, found under the floorboards during renovations.

Apparently it was left by the original builders during the construction of the courthouse, opened in June the same year.

There are subtle nods to the past everywhere from drawings of former male and female courthouse staff on the toilet doors to legal insignia on window panes.

All the history has been done with a sense of fun and is interactive, so it doesn’t feel like you are in a fusty museum.

The Old Courthouse is an exemplar of how to repurpose a building while acknowledging its rich and illustrious past.

ORIGINALLY built in 1899, The Old Courthouse meted out justice until its closure in 2001.

It was registered as a permanent heritage building in 2003, but it soon fell into disrepair.

Step forward Karl and Janine Bullers – the husband-and-wife team behind the restoration of the National Hotel – who took on the ambitious project of transforming the Old Courthouse into a chic bar with casual dining.

Mr Bullers said The Old Courthouse redevelopment was three years in the making with covid providing challenges along the way.

North Fremantle’s Slavin Architects were responsible for the building’s re-design, building on a heritage report by Notre Dame University.

Managing director Murray Slavin said the best way to preserve heritage buildings is to find compatible uses for them.

“While the courthouse retains its majestic scale, the addition of a pavilion provides a more casual atmosphere and is designed to be as transparent as possible to complement the beauty of the original building,” he says.